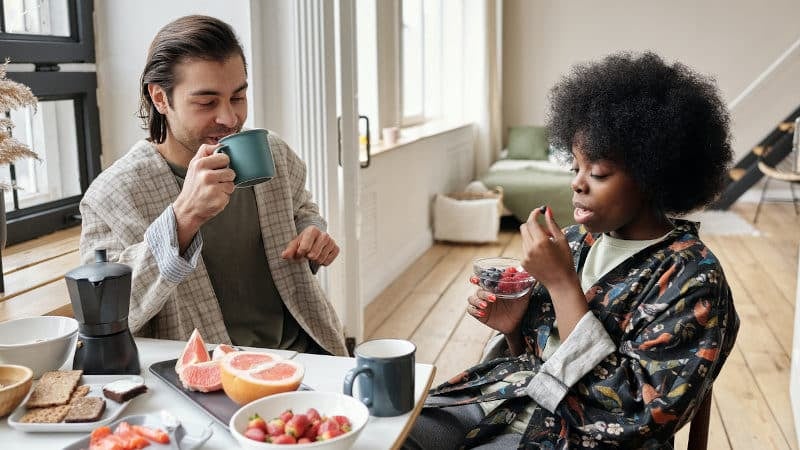 It shouldn’t come as any surprise that we often liken our gut to our intuitions; we’re often told to trust our gut, usually with good results. But why do we think of our gut as a reliable source of intuition?

Perhaps it is due to the fact that our gut is highly sensitive, as anyone knows who overeats and experiences indigestion. Likewise, many people experience a sinking feeling in their belly when something unexpected throws them off their game. We even use the term “It just doesn’t sit right” when something seems amiss; just like when we eat something disagreeable, it feels as if there’s a solid lump inside your stomach.

Intuition is well and good, but knowledge doesn’t hurt either, so let’s learn a bit about our gut… specifically your gut health and gut biome.

Let’s start simply and work our way up to a better understanding of our complex gut biome, also called the gut microbiome.

Before we explore your gut microbiome, let’s begin at a larger scale and discuss biomes on a global scale, after which our dive into the world of microbiomes may make more sense.

A biome is any community of living things (animals and plants) which share a similar environment and physical climates; you can place biomes into one of six major categories:

Now back to our microbiomes… we are our own living planet, with millions of bacteria, fungi, protozoa, and viruses (known collectively as “microbiota”) traveling on the body’s surface as well as residing deep inside us. The sum total of those microscopic critters comprise our microbiomes; and their presence is significant, as is evident by the fact that the number of genes found in the microbiota in our body outnumber our own genes by more than 200 times! If you were to congregate your entire microbiome population and plop it on a scale, it would weigh an incredible five pounds! Yep, there are a lot of microscopic creatures thriving on us at any given moment.

Before you get the case of the shudders, you are not suffering from an unwanted infestation. On the contrary, consider yourself the emperor of your own body, with your microbiome population acting as faithful and loyal servants. Remember the olden days, when kings had a “food taster” to ensure their meals were safe for consumption? You have a veritable mob of tasters and testers who remain constantly on the job, sampling everything that enters your body; and when an unwelcome guest, in the form of food, drink, or other consumable matter, makes an appearance, you can trust your microbiomes to stage a protest, usually ejecting the unwanted visitor from your gut.

Now that you have an overview of the microbiome world residing upon and within your body, let’s travel to your gut microbiome; just like biomes in the world vary by location, with specific flora and fauna thriving according to different climates and environs, you too have various “regions” within and on your body which host specific bacteria, fungi, protozoa, and viruses. For the remainder of this article, we will focus on our gut microbiome, learning what we can about attaining an optimal microbiome environments, while also gaining clues about keeping your gut microbiome in peak condition.

What Makes For a Healthy Gut?

Variety is not only the spice of life, but it is a key element to attaining and maintaining a healthy gut. In other words, there is no one “magic pill ” which results in a healthy gut; instead it involves a combination of actions. Specifically, the more you adhere to these following guidelines, the more likely you will have a vibrant, functional microbiome population (mainly composed of the symbiotic type): 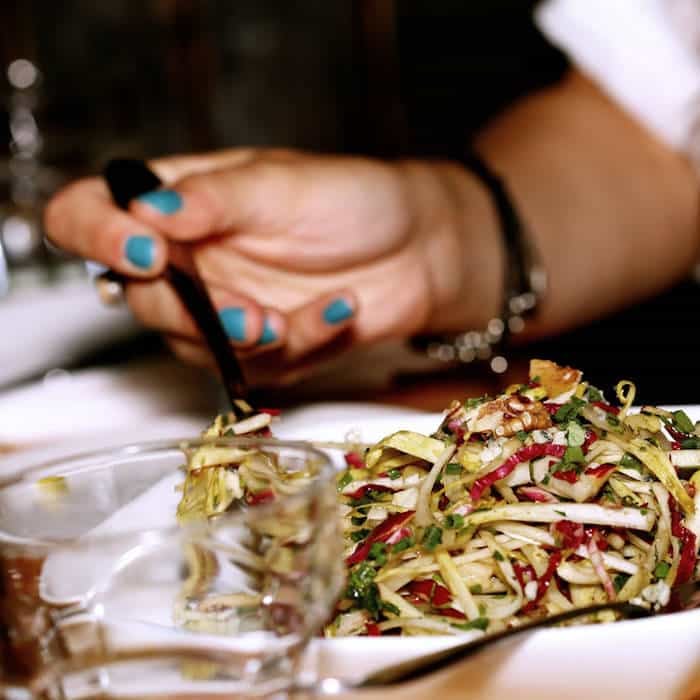 These guidelines are simple, easy to follow, and can produce excellent results for your gut microbiome. Just following these recommendations is not enough though; knowing the signs of an unhealthy gut is equally important.

Clues Which May Indicate an Unhealthy Gut

The better you know your body and can read its signs, the more likely you can respond appropriately and help maintain an optimal state of gut health. The most common signals your body may send to inform you of impending or actual gut issues include:

No one wants to suffer from potentially debilitating conditions which can arise from a poorly cared for gut, but it’s good to know that our gut will give us a variety of shout outs when we become too abusive towards it.

Okay, so we have learned about different methods to support a healthy gut; the list of recommendations includes including more plant-based products in your diet and adding supplements which can offer your gut valuable assistance in achieving and maintaining an optimal digestive system.

This is one of the reasons we love the products we offer at Synchronicity™; because we integrate Full-Spectrum Hemp Oil in to every product we manufacture, you are benefiting from more than the possible wellness powers of CBD; you are actually harnessing all the potentially powerful cannabinoids residing in the nearly miraculous Hemp plant, which then delivers to you a True Entourage Effect™. Stated succinctly and appropriately, you can’t get more plant-based than by demanding (and only accepting) Full-Spectrum Hemp Oil products! By the way, biased though we may be, we are not the only enthusiasts who believe in the power of cannabinoids as it pertains to positive gut health… so do many researchers who are uncovering exciting discoveries about cannabinoids, gut health, and depression!

In terms of gut wellness, both as a goal to attain and a state to maintain, we are strong believers that several of our top quality Full-Spectrum Hemp Oil products may fit the bill. In particular, we recommend you consider including the following Synchronicity™ Full-Spectrum Hemp Oil into your daily wellness regimen: 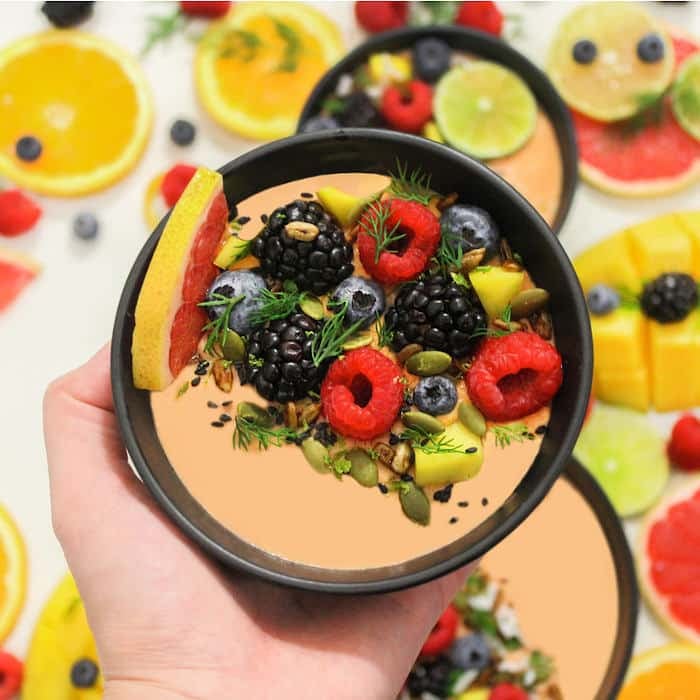 As an ingestible product, our Full-Spectrum Hemp Oil Tincture is a sensible addition to your daily wellness plan. You have multiple methods for ingesting this product, including under the tongue (let it sit there for 30 seconds to one minute for fuller absorption) or by adding it to your meals and beverages. For instance, consider making a simple oil and vinegar salad dressing, combining our Full-Spectrum Hemp Oil Tincture with a dash of red wine vinegar, or adding a dropper of our Full-Spectrum Hemp Oil Tincture to your morning cup of tea or coffee. Any way you take it, the good news is that it reaches the final destination point of your gut, integrating its own valuable compounds with the rest of the symbiotic microbiota to hopefully improve your overall condition of gut health.

Another ingestible product, this one is ideal both for the person on the move and for those preferring convenience and accurate measures of the various cannabinoids found in our top quality hemp plants, our Full-Spectrum Hemp Oil Capsules can be an excellent support and addition to their daily well-being program. It’s as simple and swift as swallowing our capsules, which have been produced using a proprietary oil blend designed to improve overall absorption, just what your belly will appreciate!

No, our Full-Spectrum Hemp Oil Body Butter is not an ingestible product, but we believe it too can offer aid and relief to a suffering gut, as well as support the continuation of a healthy gut state. How can we substantiate this seemingly outrageous claim? In this simple way: self-care should include self-massage as part of your wellness routine and plan. Whether your belly is complaining or is functioning optimally, it too deserves some TLC, something which you can easily accomplish by applying a dab of our Full-Spectrum Hemp Oil Body Butter to your tummy and treating yourself to a gentle massage. While most of the valuable cannabinoids and other soothing essential oils will benefit your skin, they will also partially absorb through your skin to potentially reach your gut to offer additional potential benefits; but a loving touch alone can soothe an irritable gut, calm a nervous belly, or simply provide a glowing sense of comfort and care. 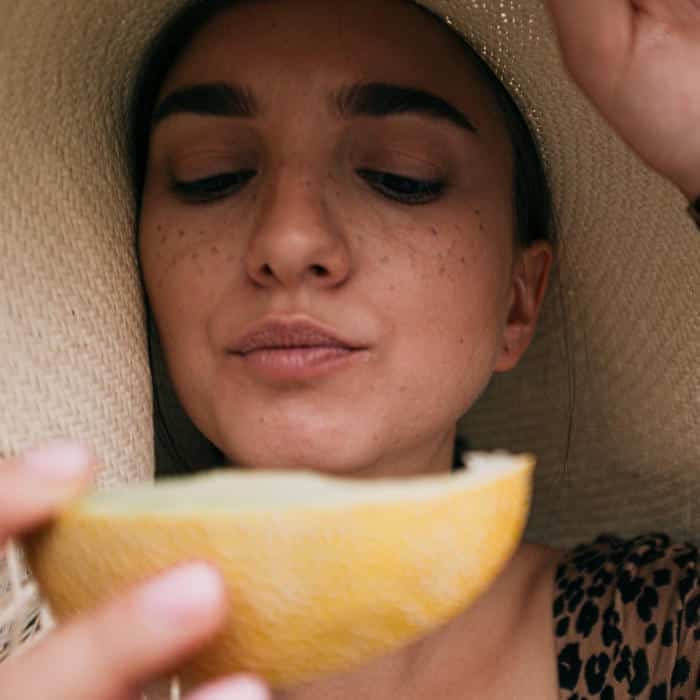 Finally, a non-ingestible product pairing which will do wonders for mind, body, and soul, through the gift and magic of relaxation: our Relax Now Pairing – Full-Spectrum Hemp Body Oil and Aromatherapy is a whole-person treat using whole-plant products designed to keep your state calm and collected. Begin with a meditative aromatherapy session, perhaps adding visualizations of how that whole hemp plant seeps down to your gut and merges with your microbiota to work in unison towards a happy, healthy gut. Finish up that meditation moment with a gentle and soothing body oil rub, with a particularly gentle emphasis and focus on your tummy.

We would love to hear from you about any gut health practices you have found helpful and encouraging, especially those stories related to an improved gut health plan! We are also always on hand to collaborate with you, answer your questions, or just to say “Thanks for being such awesome customers, whom we also consider friends!” – so contact us whenever the mood strikes you!

Check out our post on some quick stress relievers! 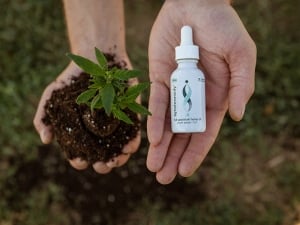 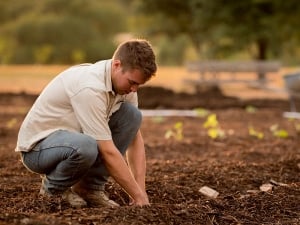