You are here: Home >> News >> What Is Humulene and How Does It Benefit Our Health?

What Is Humulene and How Does It Benefit Our Health? 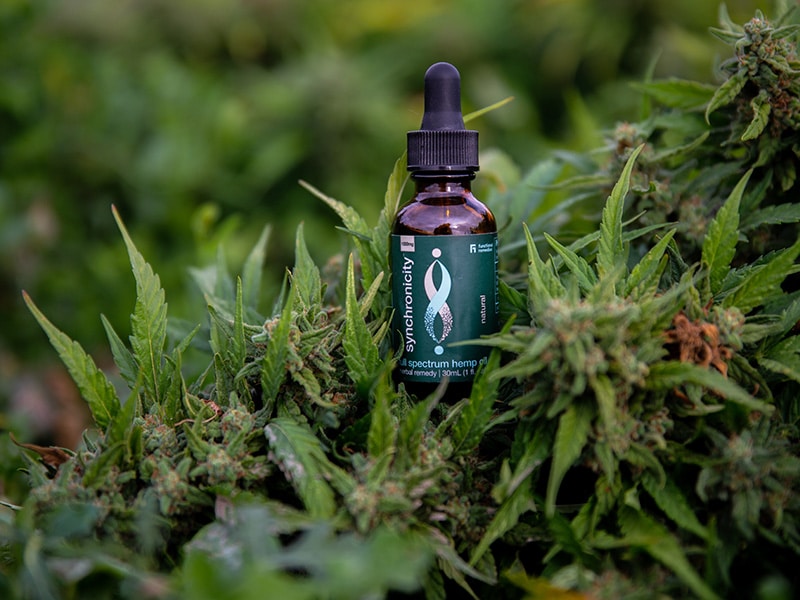 Hemp is much more than just CBD. Even though CBD is the most abundant natural compound found in Hemp, this plant is brimming with many different botanical compounds, including numerous cannabinoids such as CBC, CBN, CBG, CBDV, CBDA, THCV. That’s not all, though. It also includes several terpenes, flavonoids, minerals, and vitamins.

Have you ever wondered what gives Hemp its characteristic earthy and musky scent? The answer lies in terpenes. Terpenes are natural aromatic compounds found in plants, trees, and bushes.

Terpenes are found across all plants: we have identified over 20,000 terpenes in nature, over 120 of which are present in Industrial Hemp.

Industrial Hemp is brimming with terpenes such as linalool, beta-caryophyllene, limonene, pinene, myrcene, and more. One of the most plentiful terpenes found in Hemp is humulene.

Humulene is found in copious quantities in hops, making up an impressive 40% of hops extract. Since hop’s Latin name is Humulus lupulus, humulene was named after that plant.

Terpenes are scented hydrocarbons that provide plants with their natural aromas.

Terpenes have developed over millions over years to protect plants from predators, insects, pests, and diseases. Terpenes also help plants pollinate by attracting pollinators like bees.

Therefore, they serve various purposes in plant growth and development and are crucial parts of plant function.

What Does Humulene Do?

Humulene gives Hemp its earthy aroma. Its scent has often been described as spicy, herbal, and woody. You may recognize it from plants as diverse as basil, sage, ginseng, tobacco, ginger, clove, black pepper, and, of course, hops. All these plants have the same aromatic undertone.

With the growing research around Hemp, humulene has caught the attention of researchers for its possible antioxidant, anti-inflammatory, and antibacterial properties. 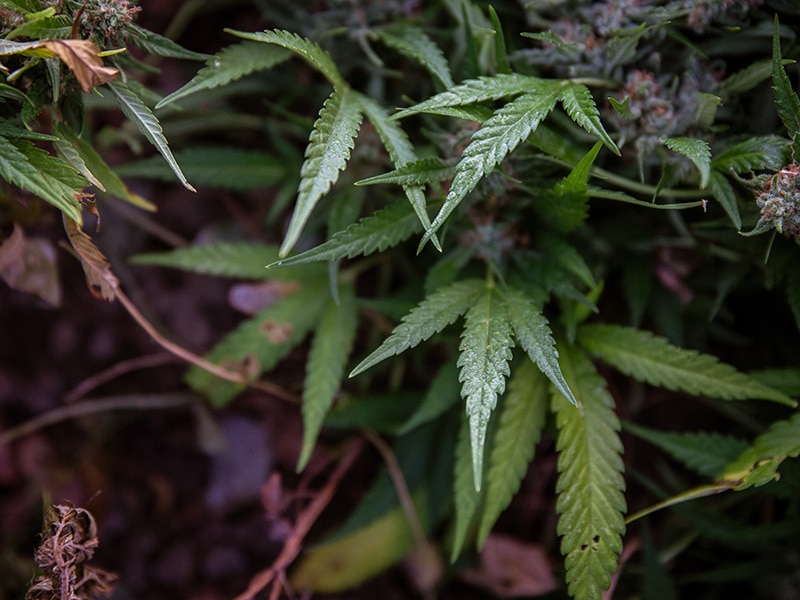 Studies, one in 2008 and another in 2009, concluded that humulene may help with inflammation and inflammation-related allergies.

It is hoped that perhaps someday humulene may help people suffering from inflammatory diseases such as arthritis.

Oxidative stress makes our bodies age. It can lead to early aging and chronic diseases.

Oxidative stress occurs when a molecule in the body loses an electron and becomes a so-called free radical. To replace it, it reacts with other molecules, creating more free radicals in the process. This may start a chain reaction that causes imbalances and wreaks havoc in our bodies.

Proteins, lipids, and DNA make up a large part of your body, so damage from an overabundance of free radicals can lead to a vast number of diseases over time, including diabetes, atherosclerosis (the hardening of the blood vessels), high blood pressure, heart disease, neurodegenerative diseases such as Parkinson’s and Alzheimer’s, cancer, and a number of inflammatory conditions. Oxidative stress also contributes to aging.

A 2016 study on rats found that humulene displayed antioxidant properties and “may help prevent oxidative stress.”

Terpenes developed over time to protect plants from intruders. It would therefore make sense that they carry antibacterial qualities, since they are meant to protect from pests and diseases.

This hypothesis appears to be verified by recent studies such as one in 2006 that showed that humulene could be valuable against a particular type of bacteria called Staphylococcus aureus.

Because of the increased use of antibiotics during the last decades, bacteria have become more resistant to them. Perhaps terpenes may someday help the medical community to find a way out of this deadlock. 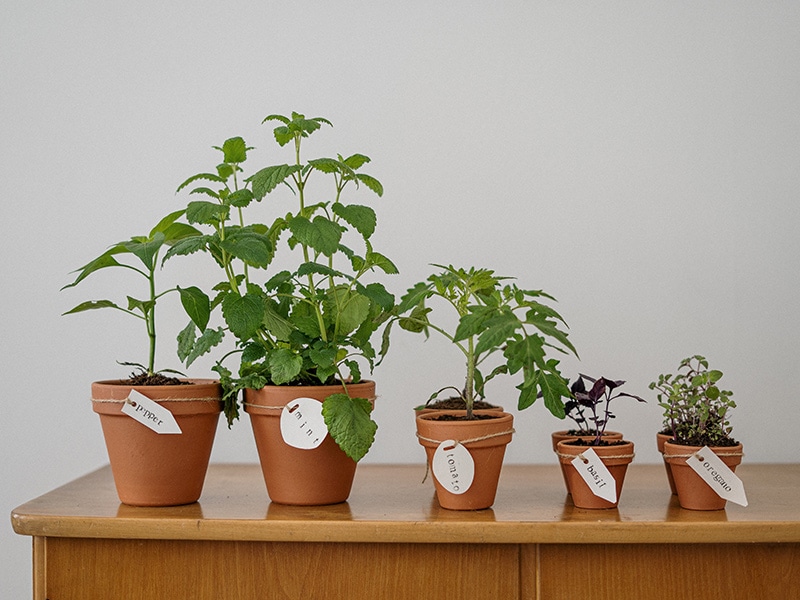 Is Humulene Found in All CBD Products?

However, not all CBD products are created equal.

All Full-Spectrum Hemp Oil products sold in the American market must contain less than 0.3% of THC—the psychotropic cannabinoid that is responsible for the sense of “high” associated with cannabis consumption—to be legal. This way, you enjoy all of Hemp’s benefits without any of THC’s side effects.

CBD isolate contains nothing but CBD. The extraction process discards all botanical compounds except for CBD.

Therefore, humulene will be found in Full-Spectrum Hemp Oil and may be present in broad-spectrum hemp oil but not in CBD isolate.

Should My CBD Contain Humulene?

Research suggests that, when all the natural compounds of Hemp are taken together, they have an overall effect that is far greater than the sum of all the compounds. This is the so-called entourage effect.

According to a 2008 study, there appears to be a synergy between all the cannabinoids and other botanical compounds of Hemp. They enhance each other’s efficiency and create a more potent result. The study concluded that the combination of phytocannabinoids with terpenes, in particular, seemed to be successful “with respect to treatment of pain, inflammation, depression, anxiety, addiction, epilepsy, cancer, fungal, and bacterial infections.”

A 2020 literature review of existing cannabis-related studies showed that there could be potential regarding the combination of terpenes and cannabinoids for the treatment someday of mood and anxiety disorders. 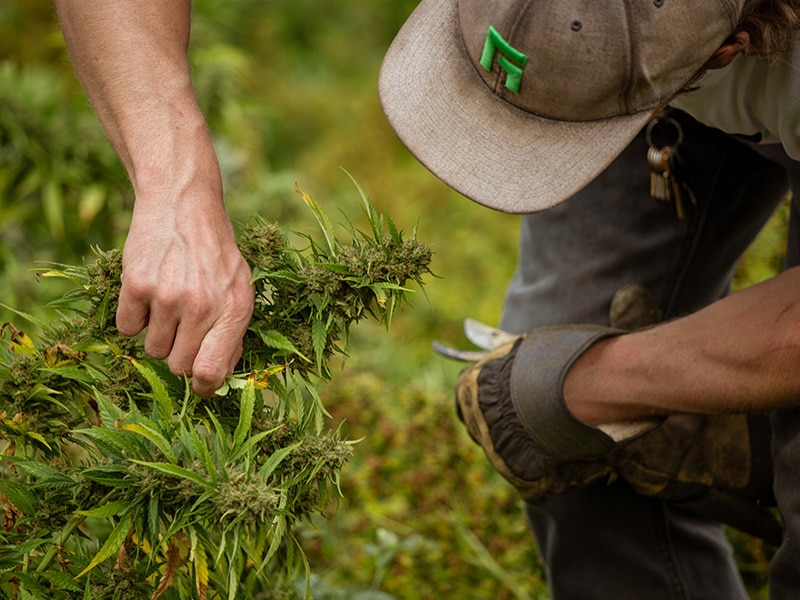 Hemp has given us a product that is teeming with cannabinoids and terpenes. Humulene is one of these terpenes and seems to offer a wide range of benefits, warding off pain and inflammation, bacterial infections, and oxidative stress.

Here at Synchronicity, we are designing Full-Spectrum Hemp Oil products that are as close to nature as possible. Therefore, we take the full wholesomeness of Hemp without removing any natural components.

To see how much humulene your Full-Spectrum Hemp Oil product contains, simply check online its Certificate of Analysis (CoA) found on each products page, which details the quantity of CBD and other cannabinoids, terpenes, and other compounds.