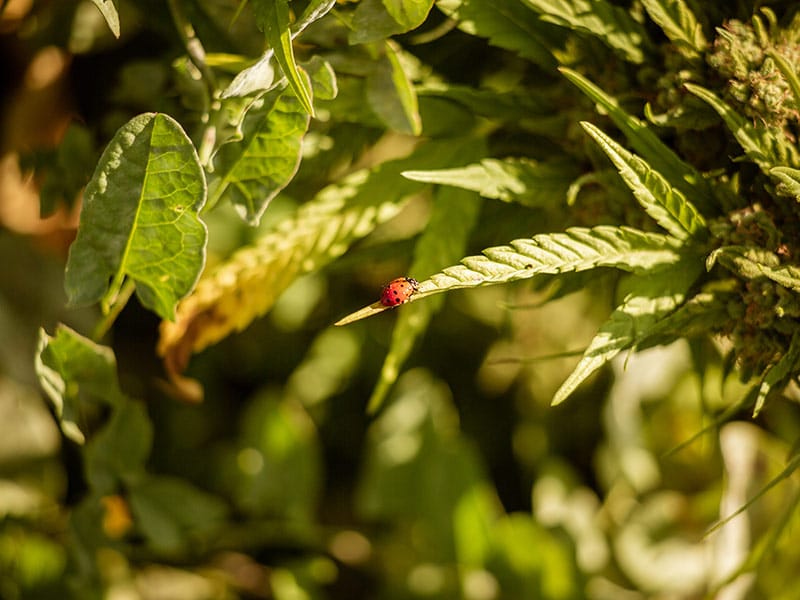 Hemp contains some 540 phytonutrients. Besides CBD, which is the most abundant cannabinoid, Hemp also includes over a hundred other cannabinoids, along with terpenes, flavonoids, minerals, vitamins, fatty acids, and more.

Terpenes are the aromatic compounds that give plants, flowers, bushes, and trees their scent. Overall, we have identified more than 200,000 terpenes in nature. Some of these are found in Hemp, which has over 40 terpenes.

Cannabinoids are compounds that are exclusively found in cannabis and Hemp. There are approximately 110 cannabinoids in Hemp.

As for flavonoids, they are compounds found in many plants. Flavonoids help them with cellular growth.

This post will guide you through the world of terpenes and help you understand what they are, how they work, and what their potential benefits may be.

How Do Hemp Compounds Work?

Hemp compounds work both separately and together to produce a potentially beneficial effect:

Together, these Hemp compounds provide an effect that may help people support their health and mental wellbeing.

Cannabinoids are the compounds that have been studied the most since they are unique to Hemp. However, terpenes are also important and research is slowly examining how they can support our wellness and improve our health.

The way terpenes work with the other Hemp compounds is a crucial area of interest. Research suggests that when terpenes work with cannabinoids and flavonoids, the overall result exceeds the sum of all compounds. That has been called the entourage effect. 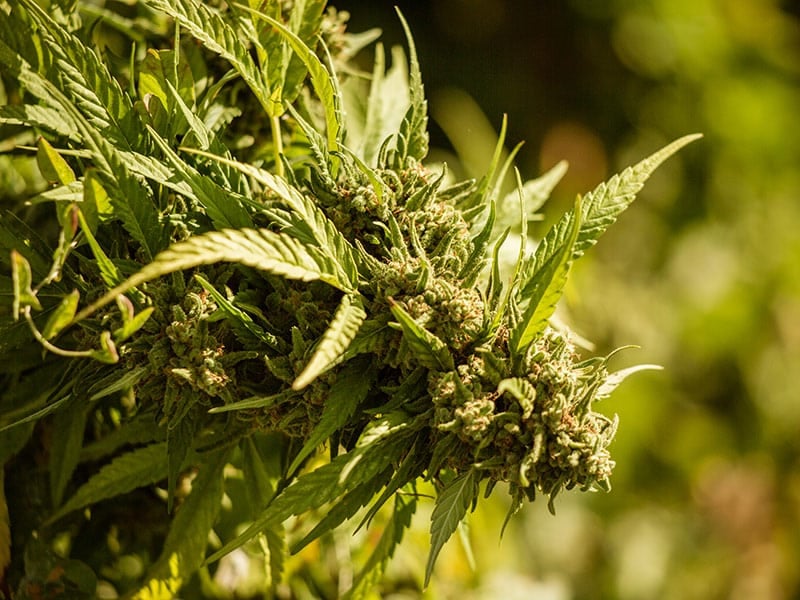 Terpenes and the Entourage Effect

We are still trying to uncover how terpenes work in the body. Research suggests cannabinoids work more effectively when they are combined with terpenes.

Several studies suggest that this entourage effect is real. An initial study in 2011 highlighted the entourage effect between cannabinoids and terpenes. Further studies have often confirmed it. For example, a 2021 study from the University of Arizona concluded that terpenes enhanced the therapeutic properties of cannabinoids.

The entourage effect shows that, while CBD on its own can be highly beneficial, it is even more helpful when it is combined with terpenes and the rest of Hemp’s botanical compounds. Terpenes appear to enhance the potential of CBD and to create an overall result that is greater than the sum of all the ingredients.

The Synchronicity team has studied Hemp intensely to let you enjoy the True Entourage Effect™.

Both aromatherapy proponents and nature lovers treasure plants for their captivating aromas, which they often capture in essential oils. These oils are fragrant because of terpenes, the compounds that give plants their characteristic aromas.

For instance, you could probably recognize the smell of pines even with your eyes closed. That’s because pine trees, firs, and other conifers share a terpene called pinene, which gives them their characteristic scent.

Likewise, when you scrub a lemon or orange, you immediately get a lovely citrusy aroma. That’s because citrus fruit contains limonene, which, as you may have guessed, gives them their lovely citrusy scent. 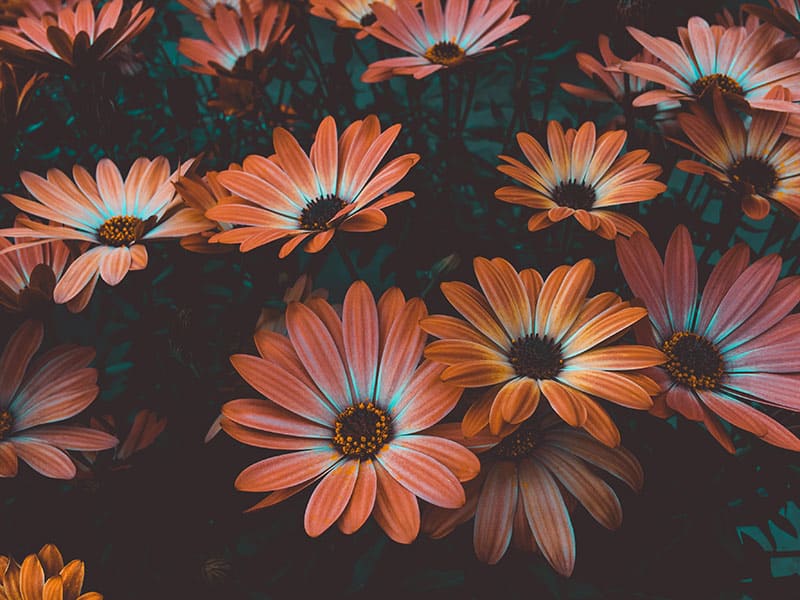 Why Do Terpenes Exist?

Given how much humans love smelling flowers, you might be excused for thinking that terpenes evolved for our pleasure. However, the truth is that terpenes are primarily a weapon in nature’s vast arsenal. They developed over thousands of years in plants for two main reasons:

How Do Terpenes Work in the Body?

Hemp cannabinoids interact with the body’s endocannabinoid system (ECS). Our ECS is responsible for keeping the body in balance. It regulates diverse functions such as mood, appetite, memory, learning, reproduction, inflammation, pain response, motor perception, and even temperature perception, among others.

When any of these functions gets out of sync, our ECS alerts the brain to fix the problem by releasing endocannabinoids—cannabinoids produced by the body. These bind to endocannabinoid receptors like CB1 and CB2 to trigger a response.

Research has shown that CBD is almost identical to 2-AG, one of our endocannabinoids. Instead of directly interacting with our ECS, however, it seems to do so in an indirect way, helping the ECS use its endocannabinoids more efficiently and productively.

Most terpenes work in a similar fashion, in that they do not directly converse with our endocannabinoid system. With the exception of beta-caryophyllene, which is a terpene that interacts directly with endocannabinoid receptors, terpenes usually work in a different way, as research is discovering.

Specifically, terpenes appear to interact with the body in different ways to potentially produce anti-inflammatory, relaxing, anti-stress, antimicrobial, and antibacterial effects. For example, studies suggest that terpenes may induce physiological responses known as the CB1R tetrad by activating the CB1 receptor.

What Terpenes Are Found in Hemp?

Hemp’s over 40 terpenes include beta-caryophyllene, pinene, humulene, linalool, and myrcene, among others. A review from 2019 summarizes Hemp’s terpenes alongside their potential health benefits:

Do Terpenes Give You a ‘High’?

Terpenes are not addictive or psychotropic. They will not give you a “high,” which makes them safe to consume. After all, throughout your day, you regularly consume terpenes. Think of the herbs you add to your salad, the spices you use in your meat, or the beer you drink with friends. All these natural compounds contain terpenes. 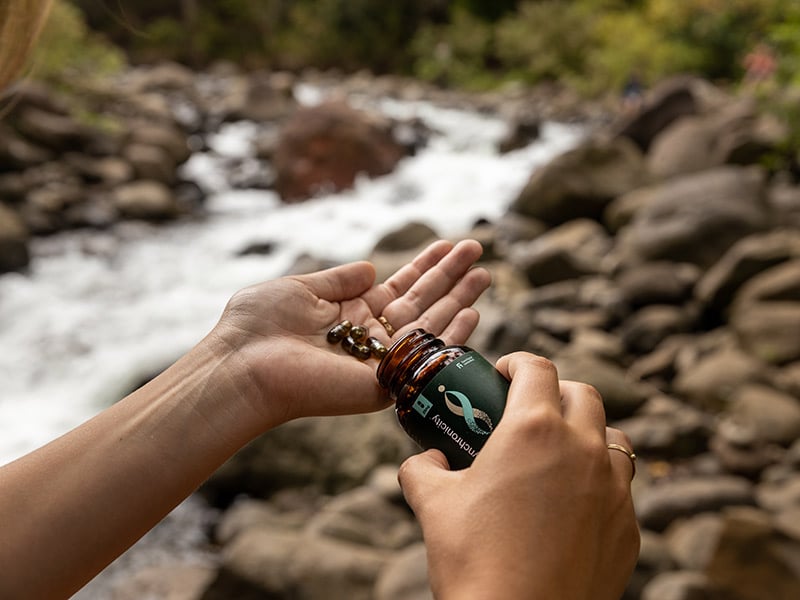 Do All CBD Products Contain Terpenes?

Not all CBD products contain terpenes.

Broad-spectrum CBD is similar to Full-Spectrum, except it doesn’t contain THC, even in the minute traces that are naturally found in Hemp. Therefore broad-spectrum CBD products contain most terpenes. While it offers an entourage effect, the process of removing THC may also remove some terpenes and other compounds.

CBD distillate typically only contains cannabinoids. As such, it offers no entourage effect.

CBD isolate only contains CBD. The extraction process has eliminated all other compounds to keep nothing but CBD, so CBD isolate products offer no entourage effect.

To enjoy the full wellness of terpenes, you should choose a Full-Spectrum Hemp Oil product.

Make sure you select a CBD product that has been manufactured from quality Hemp, grown locally using sustainable methods. Such high-quality Hemp contains all the terpenes and cannabinoids your body requires.

We have adopted sustainable methods and developed a gentle infusion process that avoids the use of any solvents or chemicals. LipidTrans™ lets the full integrity of Hemp seep into our Full-Spectrum Hemp Oil—what we call Wellness Through Oneness™. We double-infuse our Hemp in coconut oil or MCT and let the carrier oil absorb all of Hemp’s beneficial phytonutrients. We then hand-press it gently to remove any fibers.

LipidTrans™ ensures that our Full-Spectrum Hemp Oil products are teeming with Hemp’s holistic anti-inflammatory, antioxidant, and mood-supporting compounds to help you lead a happier, healthier life.