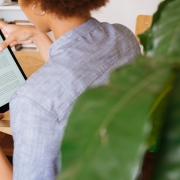 CBD seems to be everywhere these days. Every day someone is sending me a link to an article or a segment on TV bestowing the myriad benefits of CBD. I’ve been cultivating hemp and CBD oils for the better part of three decades and for the vast majority of this time, I did so with an abundance of caution as I well understood the risks I was taking. So while it’s refreshing that CBD has stepped out of the proverbial shadows, there remains a great deal of confusion about a variety of aspects surrounding both the legality of CBDs in general as well as gaps in consumer’s understanding regarding the vast differences in quality between various CBD products currently in the market.

So it’s encouraging to see some of these issues being addressed in mainstream publications such as this excellent article by Rolling Stone contributor Katie MacBride “How CBD Became the Unexpected Star of Legalized Pot” who among other things, does an admirable job parsing complex nuances in how the DEA goes about distinguishing legal versus illegal CBD:

“For the DEA to determine if a product is federally legal, they start by seeing which plant the CBD came from – marijuana or hemp. Hemp and marijuana both come from the same genus and species, Cannabis sativa, and both contain CBD. Hemp, traditionally grown for fiber and seeds, is simply cannabis with the THC bred out. Federal law dictates that hemp must have less than .3 percent THC – making it useless to someone looking to get high. For this reason, it’s often easier to refer to psychoactive or high-THC cannabis as marijuana. Technically speaking, the CBD produced in marijuana is exactly the same as CBD from hemp, though according to the federal government, only one of those kinds of CBD is ever legal – the kind that comes from hemp.

Once you’ve wrapped your head around that, Katie delves into one of the most pressing challenges facing our young industry: how to ensure quality in today’s largely unregulated environment and what questions CBD consumers need to ask to better educate themselves – especially as more and more products hit the market making unsubstantiated claims about their contents and efficacy:

“More likely, this gray area allows some CBD manufacturing to go unnoticed, be willfully ignored, or be shipped from out of state… But what about quality? Aside from legal distinctions, is one kind of CBD superior to the other? It depends on whom you ask. Pamela Hadfield, a co-founder of HelloMD.com, an online guide to medical cannabis, notes that industrial hemp is a “bio-accumulator,” meaning it pulls environmental contaminants out of the soil. “It’s really effective at drawing toxins out of the soil and into the plant itself,” she says. “So you don’t always know what, in addition to CBD, might have been in the plant.”

While local and state regulations likely make CBD from a dispensary safe, all the experts Rolling Stone spoke with stressed the importance of being an educated consumer and doing research about the company behind any CBD product. It’s not enough to just read the ingredients and confirm that what you’re buying is “lab tested,” you’re going to want to look into the company. Do they make a range of CBD products? Are they carried in most of the reputable places that sell CBD oil in your area? The more restrictive the cannabis/CBD regulations are in your area, the more investigative work you’re going to want to do.

The issues of quality and consistency are near and dear to everyone here at Synchronicity and something you will hear us talk about at length. Not only have we spent decades refining the genetics of our plants to maximize CBD yield while minimizing THC, but we also own the entire supply chain which allows us to assure quality at every stage of production. From seed to finished product, all of our cultivation and manufacturing processes are done in strict accordance with sustainable farming practices.

Interested in learning how to be a more educated CBD consumer? Read our Buying Guide to CBD Oil to ensure you are asking the right questions and purchasing the highest quality CBD product.