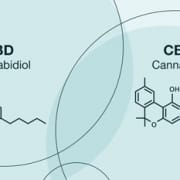 Interest in hemp is at an all-time high. Studies show that it lessens the negative impact of skin conditions, mental trauma, and mood disorders. In a recent study, hemp reduced traumatic flashbacks by 51% and mood tension by 57%. Today, scientists continue to study the cannabis plant’s active compounds and their effect on the human body. Of course, we know these compounds as “cannabinoids,” and two come to mind: CBD and THC. However, there are over 100 of these naturally-occurring phytonutrients, and the research into other lesser-known cannabinoids is just beginning. As scientific understanding grows, the cannabinoid chart continues to evolve. Here’s a run-through of the most important cannabinoids on the chart.

These two are easily the best-known cannabinoids on earth. They are more plentiful than others and are the most familiar to consumers. For our purposes, hemp has negligible amounts of THC. We also feel strongly that, despite all the excitement about CBD, it doesn’t offer the whole story about hemp’s full benefits. To learn more, read our popular post on the differences between Full-Spectrum Hemp Oil and CBD Oil.

Next, we’ll take a look at some of the other cannabinoids that scientists have identified and studied.

CBDA is known as the precursor to CBD. It’s converted to CBD through a procedure called decarboxylation. This process removes a carboxylic acid group from the molecule — the “A” in “CBDA” refers to that acid. Because decarboxylation occurs when the plant has been heated, CBDA is only present in hemp that hasn’t been heated or exposed to excessive amounts of sunlight. And, although its molecular structure is very similar to CBD, the effects are subtly different.

Research suggests that CBDA primarily works as an inhibitor of the COX-2 enzyme. This enzyme is an important part of the pathway that regulates pain. In effect, COX-2 enzymes contribute to the formation of prostaglandins that, at high levels, cause physical discomfort (11). Because of this, scientists are interested in how CBDA may work as an anti-inflammatory agent.

Studies also suggest that it may help to down-regulate certain genes in highly aggressive breast cancers (2). This reduces the cancer’s spread. CBDA also shows promise in dealing with nausea and mood tension (1). Meanwhile, other research shows that it appears to have anticonvulsive effects and provides superior balanced mood support (4).

Although this cannabinoid is very similar to CBD in terms of its molecule shape, its unique traits make it especially helpful with neurological disorders (3). In particular, CBDV shows exciting promise in helping with certain disorders that have historically been resistant to treatment.

Researchers looked into how this cannabinoid affects the brain’s excitatory-inhibitory systems in people with Autism Spectrum Disorder (ASD). CBDV seems to help modulate this system by regulating the function of the glutamate-GABA system in the brain’s basal ganglia. This has the potential to help ASD patients who experience symptoms such as irritability. What’s more, these effects seem especially pronounced in the brains of people with ASD.

Another disorder that CBDV is being studied for is Rett Syndrome (5), a rare genetic mutation that affects brain development. Rett Syndrome is devastating and leads to severe mental impairment. This disease affects girls more than boys. CBDV seems to have antagonistic effects on certain brain receptors, which can possibly affect the progression of the syndrome (6). This effect has the potential of improving sociability in people with Rett Syndrome, and it may even reduce brain atrophy. 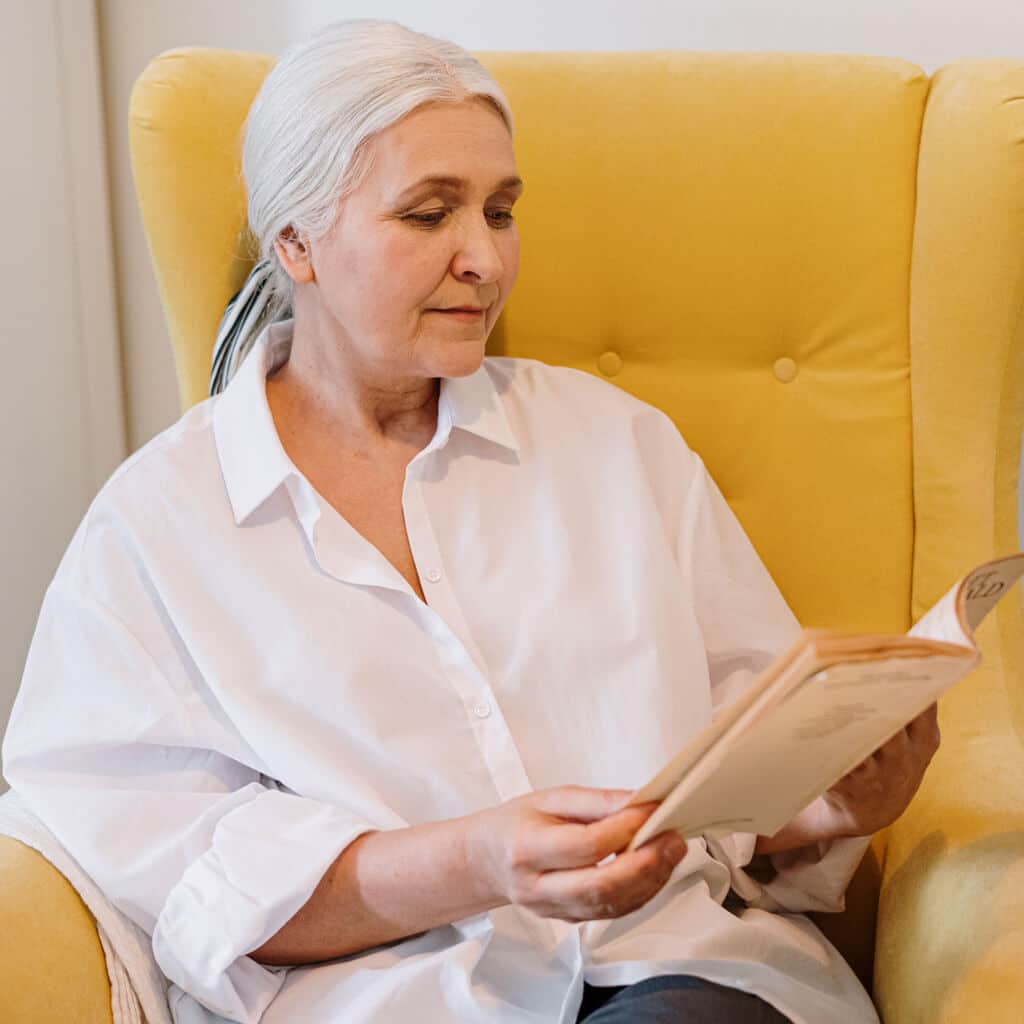 CBDV is also being studied for use in dealing with seizures and as an anti-nausea treatment.

Cannabinol (CBN): The First Known Phytonutrient on the Cannabinoid Chart

Although it’s not one of the more familiar cannabinoids, scientists isolated CBN in the 1930s, making it the first hemp phytonutrient to be identified. And, although researchers aren’t entirely sure if it has intoxicating properties, they agree that if it does, the effects are mild.

CBN is very different from CBD in how it relates to the receptors in the endocannabinoid system. CBD activates but doesn’t bind to these receptors. However, CBN binds with both CB1 and CB2 receptors (9). And, CB1 receptors are associated with the nervous system, while CB2 receptors interact with the immune system.

As you may expect, the fact that CBN binds to both types of receptors gives it wide-ranging effects in the body. Researchers associate it with a mild sedative, although it doesn’t have sedating properties. However, it does seem to prolong sleep time (7), so it may help people with sleeping disorders. It also seems to help people relax, possibly by reducing mood tension.

As with many cannabinoids, CBN shows promise as a pain reliever, possibly by acting on an endocannabinoid receptor that is a part of the body’s pain pathway. It also seems to be an effective appetite stimulant.

Research seems to suggest that CBN may be a tool doctors could one day use in the fight against cancer. One study demonstrated that it reduced tumor size in a certain form of lung cancer (10). In addition, it also appears to have antibiotic properties (8). Researchers have shown that it even has promise in combating the antibiotic-resistant pathogen known as MRSA.

Tetrahydrocannabinolic Acid (THCA): The Precursor of THC on the Cannabinoid Chart

Just as CBDA is converted into CBD through decarboxylation, THCA is the precursor to THC. Before the carboxylic acid group is removed, the molecule can’t bind with CB1 receptors, so it doesn’t cause intoxication as THC does. Because of this, raw cannabis, even high-THC strands, can’t get you high. Yet, despite its promising health benefits, many people prefer the non-intoxicating version, and some even juice the cannabis plant or eat it raw to get the benefits of THCA. Hemp isn’t able to produce the levels of THC found in marijuana, so THCA levels are also lower. However, THCA is still present in hemp.

THCA seems to have anti-inflammatory effects in the body, and studies have shown that it reduces nausea and vomiting even better than THC does (13). But, what’s most intriguing about THCA is that it may help with neurodegenerative diseases, such as Parkinson’s (12). These brain conditions are notoriously resistant to treatment, so if THCA can help improve the lives of these patients, it will be a huge step forward.

Scientists have also found evidence to suggest that THCA may help impede the proliferation of malignant cells (15) (18).

Cannabichromene (CBC): The Bliss Factor on the Cannabinoid Chart

CBC appears to function in a very unique way in the body. Scientists believe it inhibits the reuptake of an endocannabinoid called anandamide. The latter enhances mood, so health experts sometimes refer to it as the “bliss molecule.” While CBC doesn’t seem to act directly on the endocannabinoid receptors, it works to keep anandamide levels up.

Perhaps, unsurprisingly, CBC seems to combat depression. Early research suggests that combining CBC with other cannabinoids results in an even stronger effect. CBC may also help support healthy brain function by battling oxidative stress, infection, and toxicity (14). It also seems to impede the proliferation of malignant cells (20). However, those effects appear to be less pronounced than with the cannabinoid CBG (next on this list).

Scientists remain committed to discovering how CBC supports physical wellbeing, particularly since it doesn’t cause the debilitating side effects associated with NSAID use. NSAIDs can lead to stomach irritation and bleeding problems with repeated use, but these problems don’t seem to come up with CBC (17).

There’s also promising research that suggests CBC may help combat acne, perhaps in part because it seems to be an effective anti-inflammatory agent (16).

Cannabigerol (CBG): The "Mother" of the Cannabinoid Chart

Remember CBDA and THCA? CBG is converted into both of these cannabinoids. Because of this, health experts sometimes call it the “mother cannabinoid.” And like any good mother, CBG is a force to be reckoned with.

CBG also seems to boost anandamide levels in a similar way to CBC. It also appears to work as a GABA reuptake inhibitor, keeping levels of this amino acid high in the bloodstream. GABA is associated with effects such as calming the nervous system, reducing anxiety, and combating PMS (19).

Public interest in CBG is growing rapidly, but it’s expensive to isolate. The process is labor- and equipment-intensive, and CBG levels tend to be low in cannabis plants. Many contain only 2% CBG, and that amount drops even lower if CBG converts into CBDA and THCA. The result is that it requires a huge amount of cannabis plants to produce even small amounts of CBG, making it more expensive than most cannabinoid isolates.

But, despite the expense of CBG, researchers are very interested in it. It appears to function as a neuroprotective agent, and if further research shows that to be true, it may help treat Huntington’s Disease and other neurodegenerative disorders (22).

It also appears to strengthen the immune system and impede the proliferation of malignant tumors (20). If that’s not enough for you, it appears to be a powerful antibiotic that’s effective against MRSA (21).

As mentioned above, the research on these cannabinoids is still in the early stages. CBD and THC received the lion’s share of public attention in the past, and researchers have only begun to scratch the surface of their potentialities. Today, scientists are working hard to expand their understanding of other cannabinoids and how they function in the body.

Still, the march of scientific progress is reliably slow. And, much remains to be done before we understand exactly how these compounds work together.

What we do know is that the whole of the hemp plant seems to be greater than the sum of its parts. Not only do the different cannabinoids seem to boost each other’s strengths, but the other compounds in hemp contribute to their efficacy, as well. In other words, the Entourage Effect is real.

Gently coaxing all of the beneficial compounds out of the hemp plant is exactly why we’ve worked so hard to perfect our LipidTrans™ Infusion Process. This unique process carefully hand-presses the hemp plant to release as many of the cannabinoids, terpenes, and phytochemicals as possible, without damaging them. Our manufacturing phase creates a Full-Spectrum Hemp Oil that’s not only potent but is also full of bioavailable compounds, so your body can actually use them. For research purposes, it’s important to isolate different cannabinoids to understand how they work. However, to experience all of those benefits for yourself, they’re best taken together.

We’re passionate about hemp, and we’d love to help you discover what it can do for you. Want to learn more about the cannabinoid chart? Send your questions to us here or connect with us on Twitter and Facebook.