You are here: Home >> Science >> MCT Oil Versus Coconut Oil: What’s the Difference? 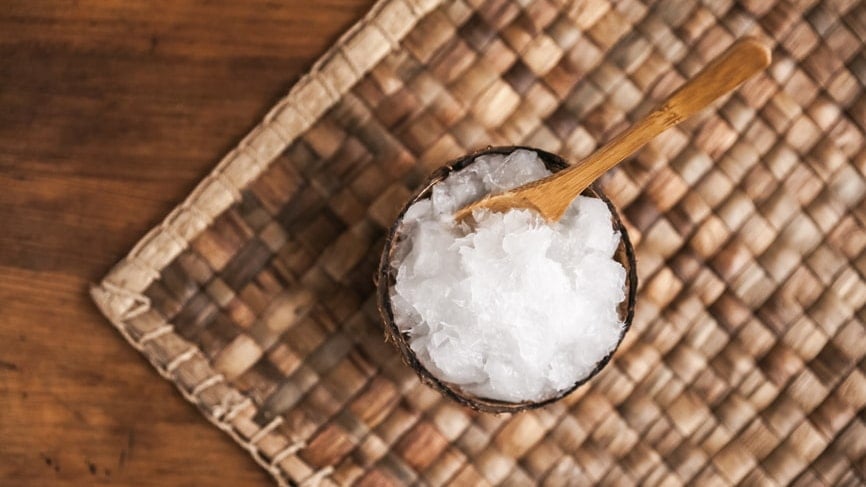 In light of prevailing claims, we can’t blame you for thinking MCT oil and coconut oil have magical qualities. After all, celebrities like Gwyneth Paltrow continually extol the virtues of raw, organic coconut oil. And, Alicia Vikander relied on coconut oil and MCT oil as fat sources while preparing for her 2018 Tomb Raider role. On the other hand, some people consider these oils saturated fats, no better for you than butter. As is usually the case with nutrition breakthroughs, the truth is somewhere in between. When people debate the benefits of MCT oil versus coconut oil, they often use the terms interchangeably.

It’s an easy mistake to make because coconut oil is made up of approximately 54% MCT (medium-chain triglycerides). In addition, many MCT products are made from coconut oil. Both coconut oil and MCT oil have gotten much attention in the nutrition field over the last few years. However, it isn’t always easy to separate truth from hype.

What’s undeniable is that both of these oils offer intriguing health benefits, many of which overlap. Below, we reveal what you need to know to weigh the benefits of MCT oil versus coconut oil.

What Is MCT Oil?

The type of triglyceride we’re interested in is medium-chain triglycerides or MCT, which have six to 12 carbon atoms. They are technically classified as saturated fats. However, MCTs don’t have the same effect on the body as that of saturated fats from dairy and red meat.

The jury is still out on how these fats affect cholesterol levels. Some evidence suggests that they raise blood serum cholesterol. However, other research suggests that they improve the lipid profiles, so the overall effect is positive. Either way, use moderation when ingesting foods rich in MCT. Some dietary approaches recommend an intake of as many as eight to 10 tablespoons of MCT per day, which may be overdoing it.

There are four different categories of MCT. The body metabolizes three of them very efficiently, and all four types deliver a range of health benefits.

You can find MCT in many kinds of oils, such as extra virgin olive oil, grape seed oil, sesame oil, and avocado oil. Even dairy fats contain small amounts of MCT. However, most MCT products are derived from the richest fats, such as coconut oil or palm kernel oil. 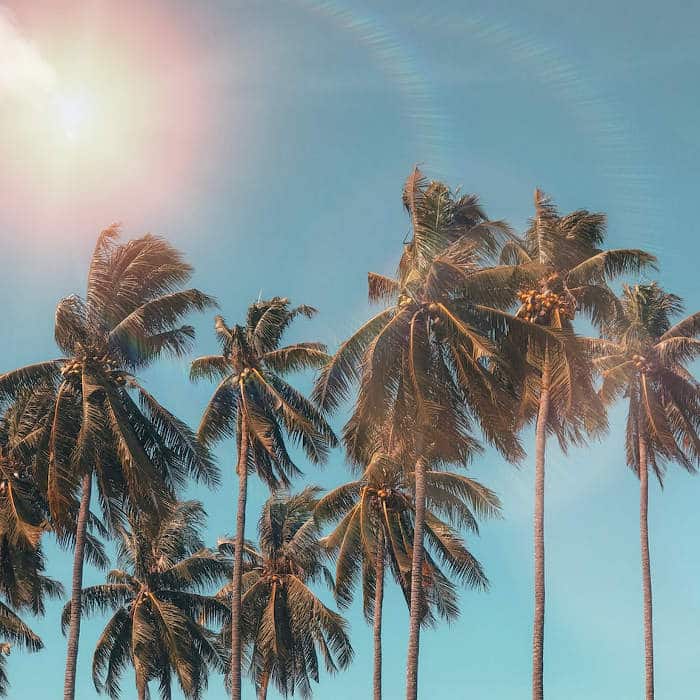 Based on the number of carbon atoms that are attached, MCT can be divided into four different types.

The basic thing to remember is that coconut oil contains both of the forms of MCT found in MCT oil: caprylic acid and capric acid. But on the other hand, MCT oil only contains two of the four MCTs found in coconut oil. Because of this, the two oils often provide different results when taken as part of a healthy diet.

MCT oil contains roughly 50–80% caprylic acid and 20–50% capric acid. The other kinds of MCT, as well as other compounds in the oil, are removed. Both of these remaining forms of MCT metabolize very quickly. Instead of making their way through the entire digestive system, they are shunted through the portal vein, bypassing the intestines. This way they are delivered directly to the liver, so they can be used by the body much faster than other fats.

Once in the liver, they are broken down into ketones, which are an energy source your body can use. The brain seems to function especially well when using ketones for fuel, especially for people who have some form of cognitive decline.

People on low carb diets use MCT oil to achieve nutritional ketosis. When you drastically reduce your consumption of carbs, your glucose levels decrease. Eventually, your body breaks down body fat for fuel. But, adding MCT oil can speed up that metabolism process. Because of this, many people find that burning fat instead of glucose helps with weight loss. When the body achieves ketosis, it also puts the body into a fat-burning mode. 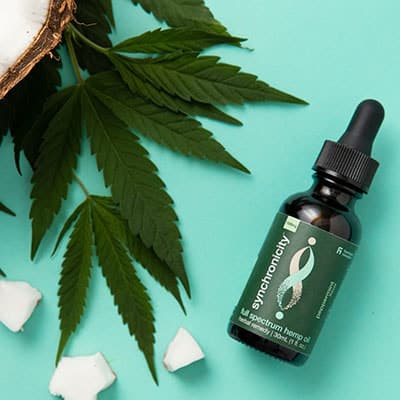 For our purposes, the swift metabolism of MCT oil is also a very effective way to help your body absorb our Full-Spectrum Hemp Oil. Since the body may not assimilate all of the beneficial compounds of the hemp plant, a carrier oil may help facilitate absorption.

Although much of the interest in MCT oil centers around its ability to promote ketosis, caprylic acid and capric acid (both found in MCT oil) offer significant health benefits, as well. For example, studies show that caprylic acid can inhibit virulent factors in Candida Albicans.

Antimicrobial and Other Benefits of MCT Oil

Caprylic acid has unusual antimicrobial and anti-inflammatory properties. It seems to be effective against yeast infections and skin conditions such as psoriasis. And, it may have beneficial impacts on cholesterol levels.

In the body, capric acid is converted to monocaprin, which shows promise as a defense against encapsulated viruses, which are notoriously hard to defeat.

Both of these MCTs, along with caproic acid, may have anti-carcinogenic properties as well. One study showed that they can reduce cancer cell viability by 70 to 90%. In the study, researchers treated human colorectal, skin, and mammary gland cancer cells with various concentrations of caproic, capric, and caprylic acids. However, the research wasn’t conclusive. So, the researchers called for further research to validate the claims of their study.

Because of all these benefits, many consider MCT oil a superfood. It provides a number of health benefits beyond serving as an instant source of energy.

The most plentiful MCT in coconut oil is lauric acid, which is the longest MCT and the slowest to metabolize. Some companies market MCT oil as “liquid coconut oil.” However, lauric acid (the largest source of MCT in coconut oil) isn’t found in MCT oil. So, that’s a misleading claim. And, although lauric acid contains healthy properties, many consider it the least beneficial of the four MCTs.

Nonetheless, lauric acid does offer some intriguing benefits. It has anti-inflammatory and anti-microbial properties. In fact, it has even been studied as a defense against many viruses, including the swine flu and herpes simplex. Studies show its usefulness as a topical remedy for acne and atopic dermatitis.

The next most plentiful MCT in coconut oil is caproic acid. However, it isn’t included in most MCT oils because of its unpleasant smell and taste. That said, caproic acid may have anti-carcinogenic properties, as previously mentioned.

The full array of MCTs, plus the polyphenols they contain, may be responsible for the anti-oxidant effects of coconut oil. 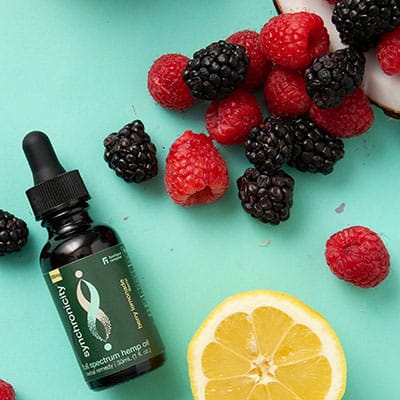 Which Is Better: MCT Versus Coconut Oil

As with many things, the answer is: it depends. Both forms of oil offer significant health benefits, but they are effective in different ways.

Coconut oil has many benefits when applied to the skin. It’s an effective topical treatment for conditions such as eczema, dry skin, and acne. If you’ve been struggling with the latter, read more here about how Full-Spectrum Hemp Oil can help. Coconut oil also has a high smoke point. So, it doesn’t break down under high heat, making it a good oil to use for stir-frying and baking. The taste of coconut oil varies, depending on what you’re using it for. Virgin coconut oil will have a stronger flavor than refined coconut oil.

On the other hand, MCT oil offers a convenient way to take advantage of the fast-absorbing benefits of MCTs. The oil serves as an instant source of energy and possibly, ketones for people on low-carb diets. It’s also an extremely effective carrier oil for the beneficial compounds in the hemp. In addition, our gentle hand-pressed processing allows you to derive the most benefits from each dose.

MCT oil stays liquid at room temperature, while coconut oil remains solid. Either form may prove convenient, depending on the application. Like all fats, both coconut oil and MCT oil can serve as instant sources of energy. However, large doses may serve more harm than good. If you’re watching your weight, MCT oil (more so than coconut oil) can suppress your appetite, leading to lower caloric intake. According to a study, MCT oil facilitates greater fat mass loss than olive oil.

While we don’t consider either MCT oil or coconut oil to be magical health-promoting substances, we do find that coconut-derived MCT is an important part of what makes our exceptional Full-Spectrum Hemp Oil special.

To bring you all the benefits of the remarkable hemp plant, we use a careful method called Whole-Plant Lipid Infusion. Instead of harsh chemical extracts, we submerge all the aerial parts of the hemp plant in MCT oil, in order to release the most beneficial nutrients of the plant, including cannabinoids and terpenes. This results in a product that exceeds broad-spectrum qualities.

In light of our focus on using the best possible ingredients, our Hemp Oil is gently infused with MCT oil and then hand-pressed. This keeps the important compounds intact. Our MCT oil starts as premium coconut oil, which allows for maximum absorption. After all the care we take to ensure our hemp plants are free of contaminants, we wouldn’t submerge them in anything but the purest, best form of MCT oil. When you combine the highly concentrated nature of our Full-Spectrum Hemp Oil with the bioavailability of MCT oil, you get a product with unparalleled potency.

At Synchronicity, we remain fully committed to bringing you the best in Full-Spectrum Hemp Oil. Take a look at our carefully crafted line of products, and see what Wellness Through Oneness feels like. We’re passionate about the science behind what we do. So, feel free to contact us for more information about the True Entourage Effect of our Full-Spectrum Hemp Oil. 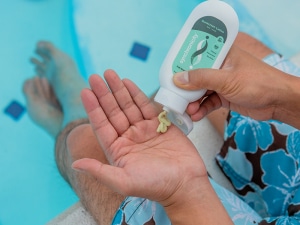 Is Your Organic Sunscreen Really Safe? 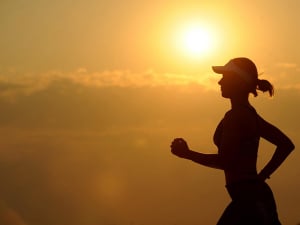 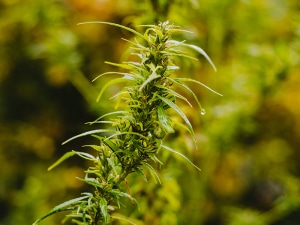 Synchronicity Is Now Certified by the US Hemp Authority