Kratom vs. CBD | Is CBD better than Kratom? 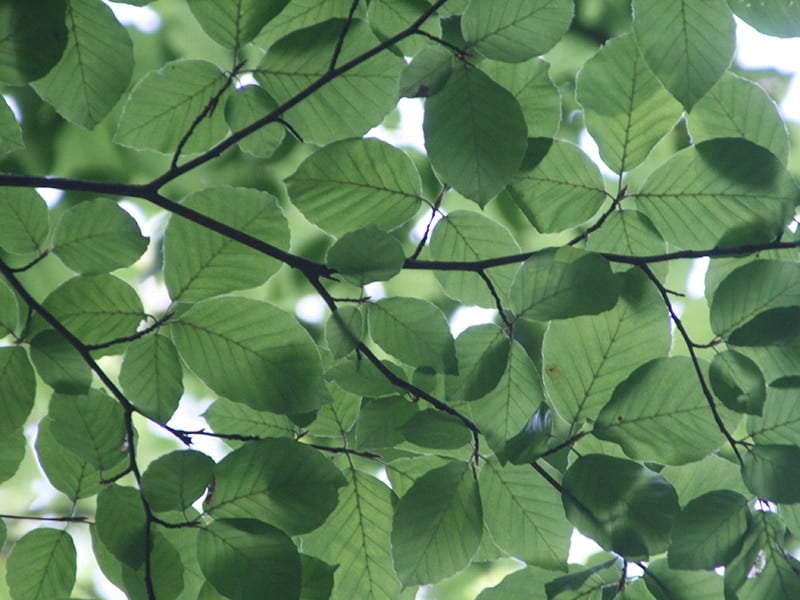 Have you ever heard of kratom? It has become quite fashionable lately, with manufacturers promoting it as a natural pain management remedy. More than 50 million fellow Americans live with chronic pain that hinders their mobility, quality of life, and mental stability. It is no wonder that people are constantly looking for effective yet safe pain-relieving therapies.

Kratom acts like an opioid, attaching to the opioid receptors of our brain and acting in the same sedative way. However, there is very little research on kratom, aside from anecdotal evidence from the United States and local populations in Thailand, Indonesia, and Malaysia. It is estimated that up to 5 million Americans have tried kratom for its perceived beneficial properties.

What has the authorities worried is that there have been several incidents of people reaching out to the emergency services with liver toxicity and other worrisome health problems after consuming kratom.

Given how little research has been conducted on kratom’s potential and with increasing evidence of significant side effects, the FDA is examining its status in the United States. Although kratom is still legal, federal and state authorities are concerned about the prospect that hospitals will see an increased occurrence of kratom-related hospitalizations.

Kratom is a herbal extract that comes from the Mitragyna Speciosa tropical tree, an evergreen that grows in South East Asia—particularly Thailand, Indonesia, and Malaysia—and in Papua New Guinea. It belongs to the same botanical family as coffee and gardenias.

For centuries, locals have used kratom as a sedative or analgesic instead of opioids.

How Does Kratom Act on the Brain?

It appears that kratom interacts with the opioid receptors we have in our brain.

The human brain contains an endogenous opioid system, just like we have an endocannabinoid system. The human body produces opioids. These bind to opioid receptors and help our brain function properly. Our opioids enhance our sense of reward when we achieve something and regulate our sense of pain. Therefore, this opioid system regulates our mood, sense of reward, and perception of pain.

Kratom intervenes when our endogenous opioid system is having problems regulating itself. Kratom acts like an opioid and activates the opioid receptors just like other opioids would do. By binding to these receptors, kratom interacts directly with brain neurotransmitters like dopamine and serotonin and increases their production. These neurotransmitters boost our mood and our feeling of self-worth almost instantly. However, they also crash equally fast.

Kratom acts within 10 to 20 minutes and peaks 1.5 hours after consumption. Its effects usually last for 4 to 5 hours. 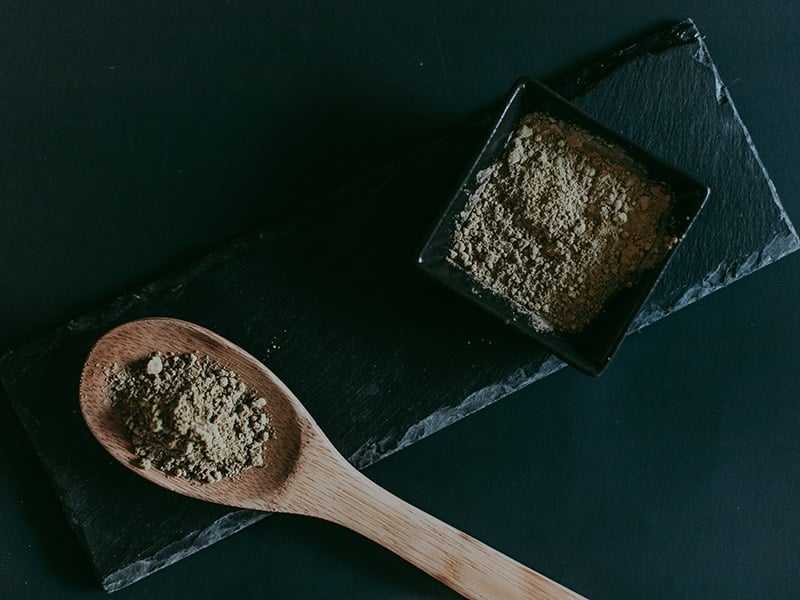 Why Do People Take Kratom?

People in pain have been consuming kratom as an anti-inflammatory, to ease their pain. They also take kratom to fight stress, anxiety, and depression, and to calm their nerves.

Like CBD, kratom has been shown to be biphasic. In small quantities, it seems to boost your energy, improve your social skills, and increase your mental alertness. In large quantities, it acts as a sedative and dulls the brain.

What Are the Side Effects of Kratom?

Unlike CBD, kratom has been shown to have serious side effects.

Some people have been hospitalized after taking kratom, particularly in conjunction with other drugs and medication, such as alcohol and antidepressants. As the Mayo Clinic states, “Poison control centers in the United States received about 1,800 reports involving use of kratom from 2011 through 2017, including reports of death. About half of these exposures resulted in serious negative outcomes such as seizures and high blood pressure.”

The Mayo Clinic report also mentions that kratom has been reported to cause abnormal brain function when taken with prescription medicines, leading to headaches, loss of the ability to communicate, and confusion.

There are strong indications that kratom is addictive. People who are used to taking it experience withdrawal symptoms when they stop taking it. These symptoms commonly manifest as insomnia, nervousness, irritability, emotional changes, and even bouts of aggression.

In a study, people who took kratom for more than six months reported withdrawal symptoms similar to those that occur after opioid use. Some required treatments normally given for opioid addiction, such as naloxone (Narcan) and buprenorphine (Buprenex).

Kratom also adversely affects infant development. When kratom is used during pregnancy, the baby may be born with symptoms of withdrawal that require treatment. Five of the seven infants who were reported to have been exposed to kratom between 2011 and 2017 by Mayo Clinic went through withdrawal.

Since kratom is used in similar ways to CBD, how do the two compare?

Unlike kratom, CBD is non-addictive. It has been shown to be well-tolerated by the human body and non-intoxicating. People taking CBD will not experience a ‘high’, hallucinations, or the giddiness that kratom-users or THC-users feel.

If you stop taking CBD, you will not feel any withdrawal symptoms. Indeed, CBD may in the future be a possible treatment against addiction, with an initial double-blind study finding that CBD reduced cravings for opioids. Another study showed that “CBD attenuated context-induced and stress-induced drug seeking without tolerance, sedative effects, or interference with normal motivated behaviour.”

CBD Is Well-Tolerated by the Human Body

The World Health Organization has stated in its 2018 report that CBD is well-tolerated, non-addictive, and with minor side effects:

“CBD exhibits no effects indicative of any abuse or dependence potential… CBD is generally well tolerated with a good safety profile. Reported adverse effects may be as a result of drug-drug interactions between CBD and patients’ existing medications.”

CBD for Daily Use

The same can’t be said of kratom, which is a much stronger botanical compound. It is not something you take after a long day at work or just to unwind after your workout.

Unlike kratom, CBD has been the subject of consistent research and clinical studies. The results so far are very promising:

Since the legalization of CBD with the 2018 Farm Bill, more money and research has been directed toward better understanding CBD and how it can impact the body and optimize our health.

Once it became obvious that CBD, unlike its sibling cannabinoid THC, is non-addictive, it was much easier for the medical community to dedicate clinical trials and studies to the potential of Full-Spectrum CBD 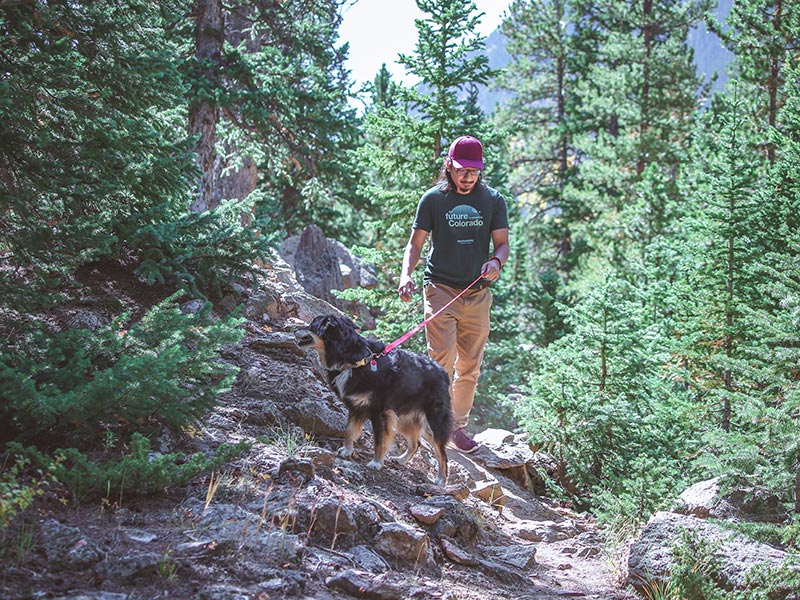 How Does CBD Work with the Human Body?

CBD is far gentler compared to kratom, which binds to the opioid receptors and acts in a direct and rather forceful way.

The human body is equipped with its endocannabinoid system, which regulates several functions like mood, appetite, memory, learning, reproduction, inflammation, and pain perception, among others.

However, unlike kratom, CBD does not bind directly to the cannabinoid receptors. Instead, it seems to interact with the endocannabinoid system and may help it work more efficiently with its own cannabinoids.

Therefore, CBD’s approach is gentler: it nudges the body to make better use of what it already has. This is why CBD takes longer to act. It often takes several days, if not weeks, for the body to adjust to the presence of CBD and start benefiting from it.

Conversely, kratom binds directly to the opioid receptors and its effects are felt instantly. However, the body soon gets used to the presence of kratom and exhibits withdrawal symptoms in its absence. Not to mention the side effects, which can be life-threatening.

Kratom Is an Unregulated Market

Kratom is a dietary supplement whose market is highly unregulated. While trusted manufacturers like Synchronicity run third-party lab tests on their products to confirm the potency and purity of their CBD, kratom sellers produce kratom pills, capsules, and extracts without any supervision or testing.

The same cannot be said of kratom. Kratom pills are often mixed with other ingredients such as cough syrup, making the final product even more potent and dangerous. In addition, substances that are made from kratom may be contaminated with salmonella bacteria. As of April 2018, more than 130 people have become ill with salmonella after taking kratom and the FDA has linked more than 35 deaths to salmonella-tainted kratom. Since salmonella contamination has no obvious signs, the best way to avoid becoming ill is to avoid products that may contain it.

Not Everything Natural Is Good for You

We tend to think that everything that nature has to give us is always pure, healthy, and beneficial. And yet, nature is also full of poisonous plants and substances, from poison ivy to poison mushrooms. Tobacco is a botanical product that is addictive and unhealthy. So is heroin, which is produced from poppies, or cocaine, which comes from coca leaves.

We need scientific data, research, and studies to verify that what nature is giving us is truly beneficial. Our evidence so far suggests that CBD may have anti-inflammatory, analgesic, antioxidant, and anxiolytic properties. Research suggests it is a safe botanical compound that exhibits no addiction and is well-tolerated by the human body. The same cannot be said of kratom. 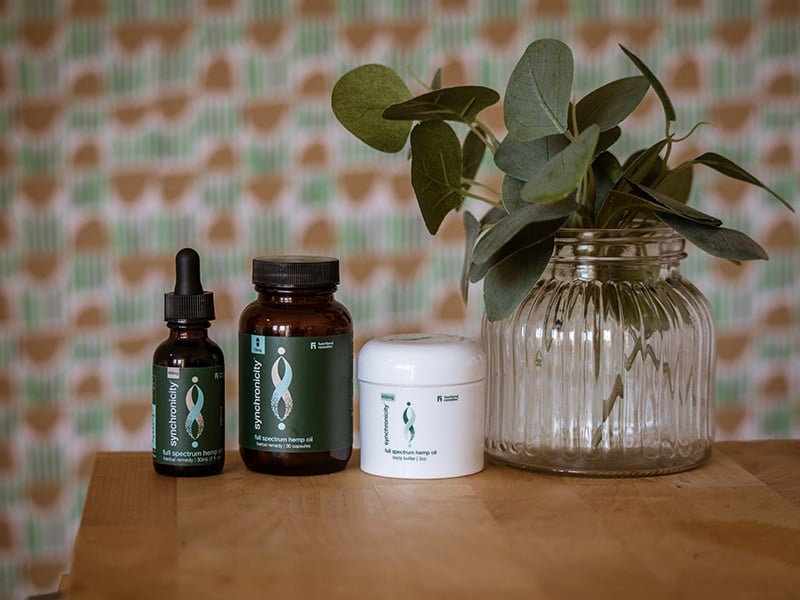