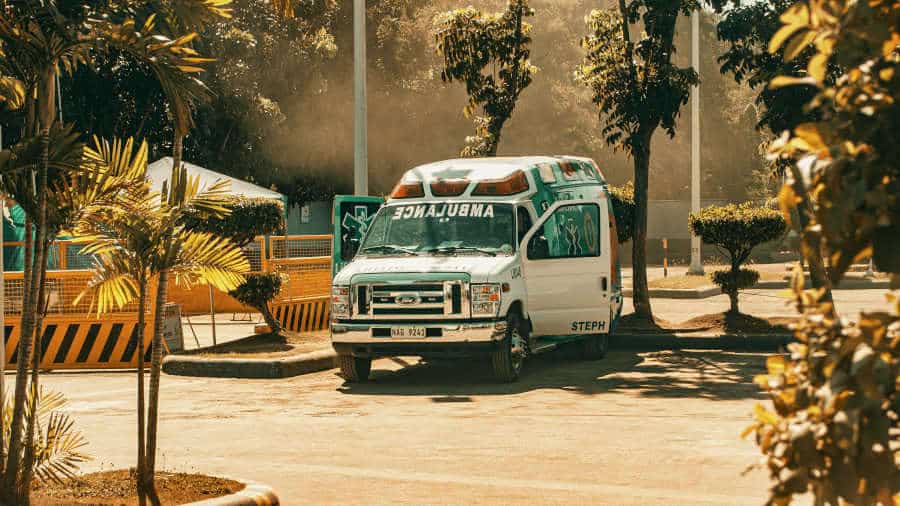 A decade ago, no one could imagine healthcare workers using hemp. Sure, many workers experienced stresses on the job — due to the nature of the work, that was to be expected. In 2020, however, COVID-19 took the world by storm. And, in April of the same year, the healthcare industry lost a stunning 1.4 million health care jobs. Meanwhile, those who kept their jobs experienced increased levels of stress.

Approximately half of doctors and 49% of nurses reported suffering from burnout. Meanwhile, 60% of EMS drivers admitted the same. Across the United States, frontline healthcare workers struggled with fatigue, mood disorders, and increased job dissatisfaction.

That said, employees in the healthcare sector aren’t the only ones experiencing increased stress.  Today, 44% of full-time workers admit feeling burnt out — with 23% admitting they feel that way more often than not. As a society, we’re increasingly plagued by anxiety and mood disorders. To compensate, some people turn to illicit drugs and alcohol. Meanwhile, others try New-Age medicine.

Some even abandon societal interactions altogether and turn to rural living — an increasingly common practice for many in America.

However, other Americans are using a more novel approach to handling fatigue. As of 2020, over a quarter of the population has tried CBD products. So, why is CBD — and Hemp Oil by extension — such a hot trend in the United States? And, why are so many health care professionals turning to hemp to reduce burnout on the job?

What's Driving the Change in Attitude Regarding Hemp for Healthcare Professionals

Burnout is a result of tension. Long working hours and little sleep can have a negative impact on health. Cortisol —  the stress hormone — can wreak havoc in our lives. However, not all healthcare workers are giving in to despair. Some are searching for answers. And, many of them are concluding that hemp may be an effective solution.

Specifically, Hemp Oil hasn’t always been a driving trend in wellness. Doctor Sanjay Gupta — a world-renowned neurosurgeon — once wrote an article in TIMES magazine titled “Why I Would Vote No on Pot.”

Three years later, he wrote another CNN article called “Why I’ve Changed My Mind on Weed.” Today, Dr. Gupta enthusiastically touts the benefits of CBD, and he’s not alone.

In fact, Dr. Oz has written several posts about the benefits of CBD. Meanwhile, Dr. Ethan B Russo — a neurologist — popularized the term “Entourage Effect” by extolling the virtues of CBD. As we’ve all seen over the past few years, CBD has become mainstream. And, many doctors are voicing support for its efficacy in promoting health and wellness.

To provide a cogent answer, we will focus on key considerations. First, we’ll explain what makes Hemp Oil ideal for mood balance. Second, we explain what CBD is and how it’s connected to marijuana. Finally, we show why so many doctors and healthcare workers have changed their minds about hemp.

What Is Hemp Oil?

Hemp Oil comes from two sources: hemp seeds or hemp plants. Personally, we call the former “Hempseed Oil” and the latter “Full-Spectrum Hemp Oil.” Many companies also market CBD oil as “Hemp Oil.” However, that’s a little misleading. But, we’ll get to that in a second.

Hempseed Oil comes from crushing hemp seeds and extracting oil from them. Hemp seeds are nutty, flavorful, and rich in omega-3 and omega-6 fatty acids. However, they don’t contain all the terpenes, cannabinoids, and flavonoids from the stems and leaves of the hemp plant.

Meanwhile, Full-Spectrum Hemp Oil is derived from the entire hemp plant. It includes all the major cannabinoids, flavonoids, and terpenes from the plant.

A Quick Refresher on the Major Chemicals in Hemp

Hemp Seed Oil doesn’t have many of the above, since the seed doesn’t contain the full spectrum of hemp chemicals. CBD oil also comes from the leaves of the hemp plant. But, unlike Full-Spectrum Hemp Oil, CBD oil predominantly contains just a single cannabinoid — CBD.

CBD is isolated from the rest of the hemp plant’s nutritional profile and packaged into a bottle. That’s why we don’t consider CBD oil “Hemp Oil.” It’s really just an isolated compound in a bottle.

CBD, Hemp Seed Oil, and Hemp Oil are usually extracted using harsh CO2 gas processes. These extraction methods can damage cellular walls and strip vital nutrients from the end product. At Synchronicity™, we use our patented LipidTrans™ Infusion Process, which leverages a gentle hand-pressing process to extract all the vital nutrients without damaging the cellular integrity of the cannabinoids, flavonoids, terpenes, minerals, or vitamins.

So, why is this important? And, how does that relate to CBD?

Without a doubt, Cannabidiol (CBD) is the biggest trend of the decade. But, believe it or not, CBD is one of over a hundred cannabinoids present in the hemp plant. Some other popular cannabinoids include:

Each of these cannabinoids offers unique benefits, and we strongly recommend that you do independent research and discover the benefits of these compounds for yourself. When you purchase a product marketed as “CBD Oil,” you’re getting CBD — and that’s it! To get all of these other cannabinoids, you need Full-Spectrum Hemp Oil. 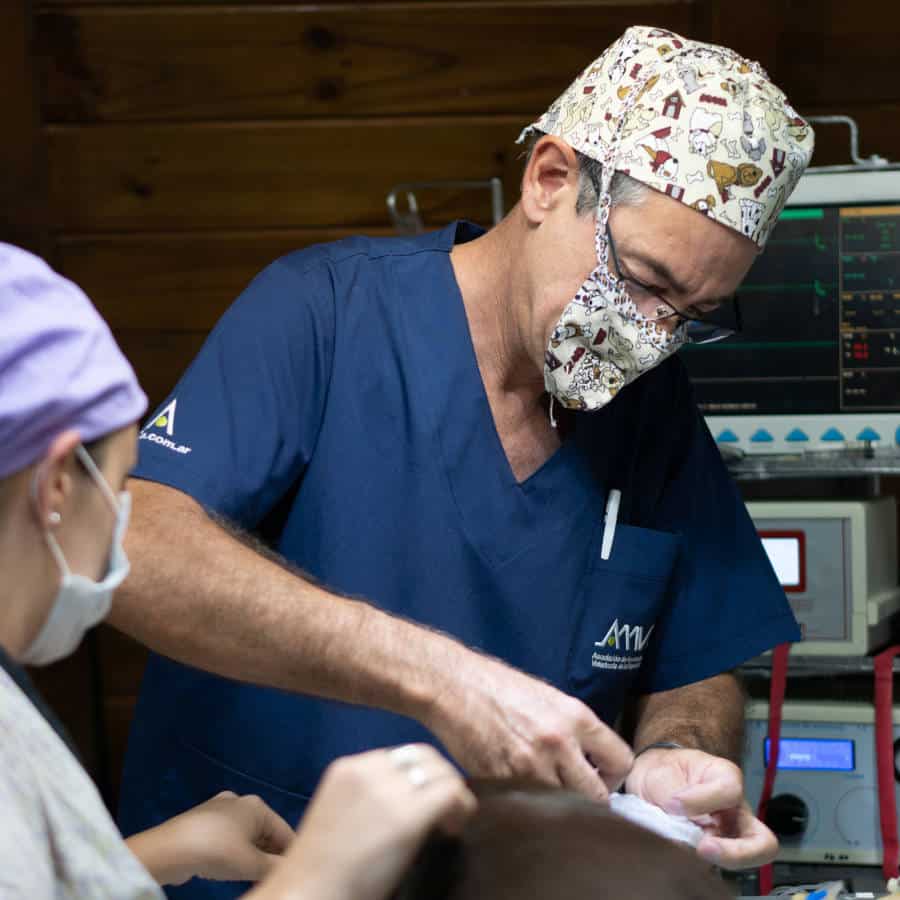 What About the Elephant in the Room — THC?

While we’re talking about cannabinoids, let’s quickly touch on THC. For healthcare workers, we suggest avoiding THC. Depending on laws in your state, you may be regularly tested for substances like THC. CBD and THC are both cannabinoids in the hemp plant.

That said, THC has psychoactive properties. It’s the chemical that makes you feel “high” when you smoke marijuana. Hemp, by definition, contains less than 0.3% THC. Reputably sourced Hemp Oil products also contain under 0.3% THC. In contrast, many popular medical marijuana strains contain up to 15% THC.

We know that CBD Oil typically contains only one cannabinoid (CBD), while Hempseed Oil contains several cannabinoids. Still, the benefits of having all of the phytonutrients together are considerable. We call this the “True Entourage Effect™.”

All of these rich phytonutrients and compounds exist in hemp for a reason. And, we believe that they work synergistically in the body’s endocannabinoid system to produce unparalleled benefits.

There’s a wealth of research on the Entourage Effect, and we strongly recommend checking out some of these interesting research papers:

All of these studies (through different methods) arrive at the same conclusion: hemp compounds act synergistically in the body. It makes sense, doesn’t it? Is it better to take a multivitamin or eat a nutritious meal rich in fruits and vegetables? Obviously, the latter is the better choice.

That’s because fruits and vegetables offer far more than just vitamins; they contain thousands of other phytonutrients that your body craves.

But, there’s a problem. Traditional hemp extraction methods destroy the integrity of some of these nutrients.

At Synchronicity™, our tagline is “Feel The Full Effect” for a reason: We believe in the True Entourage Effect™. Our Full-Spectrum Hemp Oil extraction process starts with the whole plant. Our patented CBDRx18 strain of hemp is a world-standard for cannabis genomes. We take our GMO-free crop, and we gently hand-press the plant to get a pure and potent Full-Spectrum Hemp Oil.

In the process, we strive to avoid damaging any cellular walls, degrading key phytonutrients, or losing any valuable minerals and vitamins. So, instead of using harsh CO2, we hand-press each batch of Hemp Oil using MCT and coconut oil. Sure, it takes longer (a lot longer). However, we believe that quality Hemp Oil isn’t derived from harsh chemical processes. You deserve better. We’ve spent decades cultivating the perfect hemp strain, and based on customer testimonials, it was worth the effort to do so.

The Benefits of Full-Spectrum Hemp Oil for Frontline Healthcare Workers

Sure, there’s much research backing up the use of CBD for mood balancing. We’ll list a few studies below, but they are far from comprehensive.

And, many healthcare professionals are already enjoying CBD as part of their everyday routines. However, CBD isn’t the only beneficial component in the hemp plant. Full-Spectrum Hemp Oil unlocks all of the synergistic and holistic value of hemp and delivers it to you in one, easy-to-use package.

In today’s ecosystem, frontline healthcare workers face many challenges. From providing intensive care during the COVID-19 pandemic to comforting the families of patients, they experience a variety of pressures on a daily basis.

Full-Spectrum Hemp Oil can help you relieve mood tension, stress, and bodily imbalances. In fact, studies are already underway to see just how effective hemp has been in preventing burnout among healthcare workers during the COVID-19 pandemic. At Synchronicity™, we believe that rich, nutrient-dense hemp has the power to impact people’s lives in profound ways.

Don’t believe us? See for yourself. If you’re a frontline healthcare worker dealing with burnout, check out our line of tinctures and capsules. Need something a little more COVID-19-focused? We’ve recently launched a Full-Spectrum Hemp Oil Hand Sanitizer, as well. 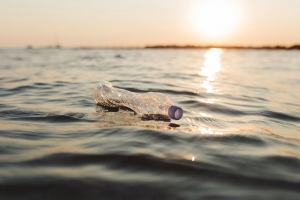 Plastics are endangering the lives of our fish friends. Learn how you can help reduce ocean plastic pollution and protect the marine ecosystem. 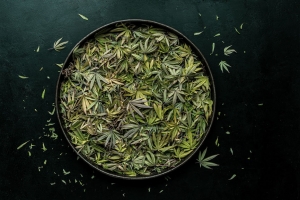 These statements have not been evaluated by the Food and Drug Administration. This product is not intended to diagnose, treat, cure or prevent any disease.