You are here: Home >> Health & Wellness >> CBD for Epilepsy Approved by the FDA: What You Need to Know

CBD for Epilepsy Approved by the FDA: What You Need to Know 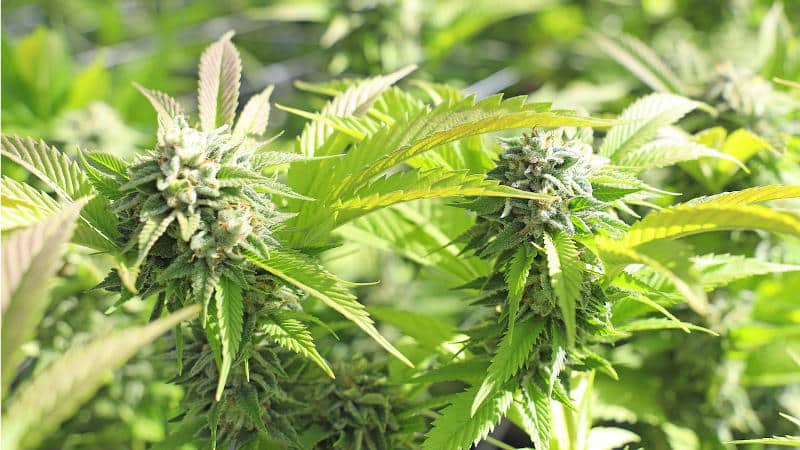 In 2018, the U.S. Food and Drug Administration (FDA) approved the first drug containing an active ingredient of Hemp for market use. Epidiolex — a brand-name prescription medication that contains 100 mg/mL of Cannabidiol (a.k.a. CBD) — is now a front-line medication for two types (i.e., Lennox-Gastaut syndrome and Dravet syndrome) of Epilepsy.

So how did we get here? Less than a decade ago, marijuana and Hemp were both listed on the federal drug scheduling system. Today, many cannabinoids — which are naturally-occurring compounds in the Hemp plant —are completely legal, widely-used, and highly-researched.

Why did the FDA approve CBD for epilepsy treatment? How do cannabinoids like CBD impact the body to the degree of alleviating serious symptoms like seizures? And what are the other cannabinoids present in Hemp and Hemp Oil products?

Here’s everything you need to know about Hemp and CBD for epilepsy treatment, and the role of Full-Spectrum Hemp Oil in today’s CBD market.

Here’s an interesting factoid: the Cannabis sativa plant has spawned a variety of widely-grown plants, and we know these plants by different names depending on the composition of their cannabinoids.

For example, Hemp (which contains less than 0.3% of the cannabinoid THC) is legally different than marijuana, but both Hemp and marijuana come from the Cannabis sativa plant; they’re simply different breeds of the same parent plant. CBD is almost always extracted from the Hemp plant. Not only is Hemp legal to grow across the United States, but it contains little-to-no THC, which is the psychoactive compound in marijuana. 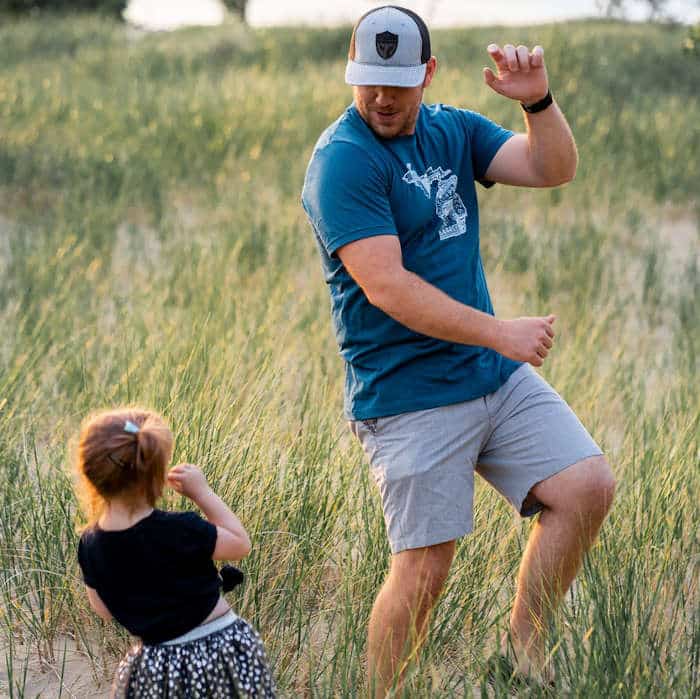 When it comes to cannabinoids, none get quite as much press as CBD. And for good reason. Early research suggests that CBD may provide a variety of benefits, including:

But how could CBD possibly accomplish all of this? It’s just a small compound in a plant, right? Here’s where things get interesting. CBD isn’t quite like any other natural compound on the planet, and its ability to influence our bodies is incredibly potent and profound.

The Endocannabinoid System (ECS) is a complex network of nerves and cell-signaling pathways that exists in the human body. When we break down the term endocannabinoid system, we can quickly learn the nitty-gritty of this incredibly dense and complex interrelation of cannabinoids, receptors, and enzymes.

The term “endo” is Greek for “within.” So, endocannabinoid literally means “cannabinoids within.” These are cannabinoids that are produced naturally within your body.

We put the term “system” after endocannabinoid because the human body uses unique cellular signaling pathways to communicate between these various cannabinoids, receptors, and enzymes.

So, the typical “flow” of the endocannabinoid system works something like this. Your body recognizes that you’re dealing with some inflammation. You produce endocannabinoids to deal with the problem. These endocannabinoids attach to the CB2 receptor and shoot a signal to the rest of your body to produce anti-inflammatory agents. After it’s done, enzymes break it down and dispose of the cannabinoid.

So… what does that have to do with epilepsy?

The FDA, CBD, Epilepsy, and a Few Rats: How CBD Become a Focal Point of the Fight Against Epileptic Seizures

According to leading research and studies, CBD seems to contain a variety of pharmacological properties, including anti-inflammatory, neuroprotectant, anti-anxiety, analgesic, anticonvulsant, and analgesic properties. For now, we’ll focus on CBD and its possible anticonvulsant property, though (again) CBD contains a variety of highly-researched properties that are showing promise across a wide range of conditions and disorders.

Interestingly, CBD doesn’t bind very well to CB1 or CB2 receptors. We say that’s surprising because when you look at other cannabinoids like THC, they have a strong agonist (i.e., binding) response to endocannabinoid receptors, so the fact that CBD rarely bonds to these receptors and floats somewhat free-form in your body makes them relatively novel compared to other cannabinoids.

In fact, CBDs potential anticonvulsant properties have little to do with endocannabinoid receptors. Instead, CBD triggers unique responses in the ECS, which starts bonding processes for a variety of ion channels, neurotransmitter transporters, and transmembrane receptors.

We won’t go too in-depth into the biological functions of CBD, since there is plenty that’s still not fully understood. However, CBD’s unique anticonvulsant properties seem well-proven in studies. To help, illustrate CBD’s impact on epileptic seizures, let’s look at a timeline of the beginning of CBD seizure research:

Obviously, there was initial excitement. However, two immediately-following studies questioned the power of CBD. Ames et al. (1986) found no significant seizure changes, and the same problem was found with Trembly et al. (1990). This led to a bit of a lag in CBD-related seizure research. Come to find out, those two studies weren’t only anomalies, but CBD shows promising results against the two most aggressive forms of epilepsy — Lennox-Gastaut syndrome and Dravet syndrome.

A year later, the FDA approved the first-ever drug containing a cannabinoid.

Epidiolex — which is a purified CBD solution — was approved by the FDA for epilepsy treatment in 2018. The medicine showed remarkable capabilities in controlled clinical trials, which have since been released to the public. Currently, CBD trials are ongoing for a variety of other seizure-inducing disorders, including Tuberous Sclerosis Complex (TSC) and Sturge Weber Syndrome (SWS).

Important note: If you suffer from Lennox-Gastaut syndrome or Dravet syndrome, do not start taking over-the-counter CBD oils as a treatment plan. Discuss your treatment options with your doctor.

Cannabinoids: The Gangs All Here

Obviously, seizure treatment is one incredibly exciting research subject happening with CBD at the moment. But it’s only one piece of the cannabinoid puzzle. Cannabinoids play an important role in your body, helping you maintain homeostasis. So far, we’ve talked primarily about CBD, but that’s just one of over a hundred phytocannabinoids that have been identified in the Hemp plant. Full-Spectrum Hemp Oil provides a holistic combination of all of these cannabinoids. So, while the two most prevalent cannabinoids are THC and CBD, there are a variety of others that are showing promising research, including: 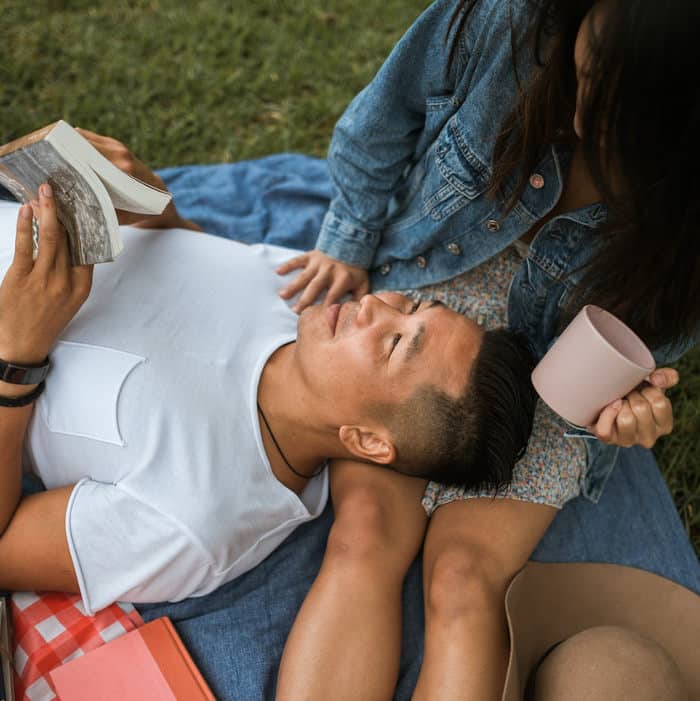 That’s a lot of cannabinoid action! Currently, up to 40 percent of Americans have tried CBD products, and millions more are jumping on the bandwagon yearly. People are using CBD to treat anxiety, improve performance, improve mood, and reduce tension, and alleviate strain. But what about all of those other compounds? What do they do?

Well… we aren’t perfectly sure. So far, we’ve seen research on over fifty of these cannabinoids, and early research is mind-blowing — to say the least. Here’s a teaser of some of the new research coming out surrounding these other cannabinoids:

The list goes on and on and on. In other words, research is still in its infancy. Remember, Hemp was outcast for most of the past fifty years. So, researchers are now starting to dive into the wonderful and complex world of this plant, how it relates to our bodies, and what it’s capable of providing to us as humans.

But here’s the most interesting thing: these phytocannabinoids seem to work together. Believe it or not, isolated CBD (outside of medical uses) may not provide its full benefits alone. It needs its gang of friends.

The Value of Full-Spectrum Hemp Oil

Did you know cannabinoids are only one part of the Hemp plant? Hemp also contains vitamins, minerals, and other beneficial compounds like Flavonoids and Terpenes (which are used in aromatherapy). Together, all of these compounds and nutrients make up your lovable Hemp plant. And nature made it that way for a reason.

Imagine Hemp as a salad. CBD is the ever-so-delicious spinach. It’s abundant, packed with benefits, and often sold separately. On its own spinach is great. But when you combine it with the right veggies, dressing, and spices, it turns from great into downright amazing.

The same can be said for Hemp Oil.

Researchers have started to notice something interesting: all of the compounds in Hemp are synergistic. We call this the True Entourage Effect™. Those phytocannabinoids, terpenes, flavonoids, vitamins, and minerals are all present in Hemp for a reason. And they all play an amazing role in your body. Alone, they provide ample value. Research suggests that cannabis flavonoids and terpenes may have neuroprotective properties, and vitamins and minerals are critical for your body to function. But together, they make magic. That’s why many consumers are turning towards Full-Spectrum Hemp Oil as opposed to isolated CBD products. Not only does the CBD extraction method often damage cellular walls and linings, but it strips all of these amazing compounds out of the end product. 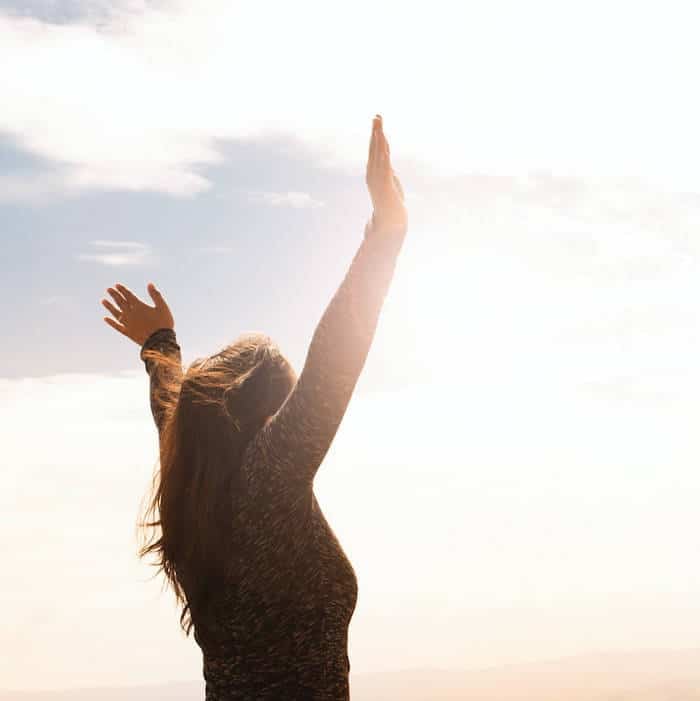 Today, people are using CBD for a variety of reasons. They may find that it helps with their mood, recovery, anxiety, or skincare routine. Unfortunately, many consumers quickly rush towards CBD due to its name recognition.

In most cases, this is a mistake. Full-Spectrum Hemp Oil provides CBD, but it also gives you thousands of other compounds that work synergistically with that CBD to provide a more holistic experience.

Are You Looking for Full-Spectrum Hemp Oil?

The benefits of Hemp Oil keep piling up. Hoping to reduce anxiety, improve mood, and reduce acne, millions of American consumers are adding Hemp Oil to their daily routine. At Synchronicity™, we believe in the power of nature.

That’s why our world-class patented Hemp plant provides access to thousands of compounds like cannabinoids, flavonoids, terpenes, vitamins, and minerals. We combine our industry-leading LipidTrans™ Infusion process with our genome-defining hemp to create a holistic, GMO-free Full-Spectrum Hemp Oil for your body. We’re driven by science and inspired by nature. Contact us to learn more about Synchronicity’s™ amazing Full-Spectrum Hemp Oil solutions