You are here: Home >> Health & Wellness >> CBD for Anxiety 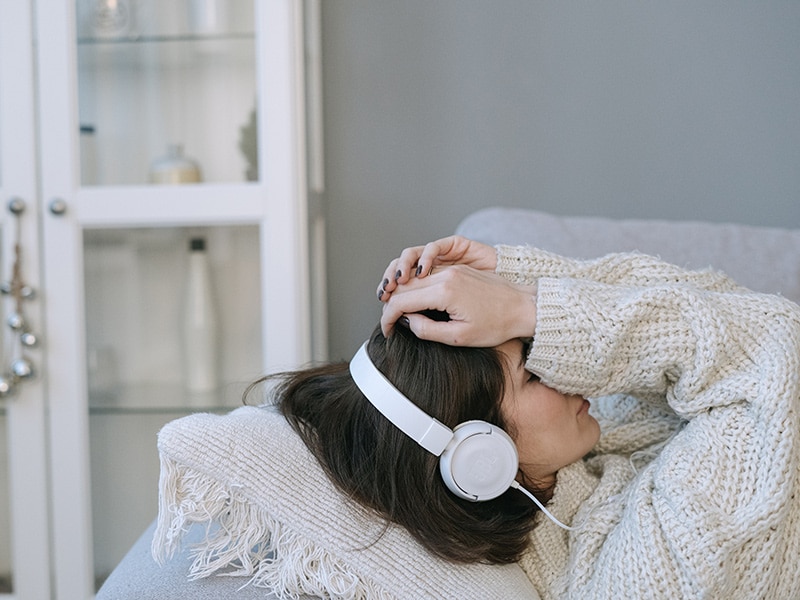 Anxiety is the most common mental health condition today. Almost 30% of Americans suffer from forms of anxiety such as generalized anxiety, social anxiety, panic disorder, PTSD, or OCD. With such sobering statistics, it’s no wonder people are looking for ways to alleviate their symptoms and lead a happy life.

Most anxiety sufferers experiment with meditation, yoga, lifestyle changes, therapy, better diet, exercise, and mindfulness exercises to relieve stress and bring about a healthy mental balance in their life.

As we learn more about Hemp Oil and CBD, research and studies suggest that Hemp Oil may someday be a helpful potential treatment for mental balance and wellbeing. CBD appears to interact with several brain neurotransmitter receptors, including serotonin, seemingly supporting mental health. Through its interaction with the endocannabinoid system, the system responsible for maintaining the body’s natural balance, CBD may give neurotransmitters a gentle boost to become more effective and better performing.

Everyone experiences stress at times. Stress is a response to a threat in a situation. Anxiety is a reaction to stress. While it is normal for this to occur on occasion, some people find it hard to get rid of anxiety even when they are no longer in a stressful situation.

There are actually several conditions that are classified under the umbrella term ‘anxiety’. Generalized anxiety disorder (GAD), social anxiety, panic disorder and panic attacks, Post-Traumatic Stress Disorder (PTSD), and Obsessive-Compulsive Disorder (OCD) are some of the many types of anxiety disorders.

The most common of these is social anxiety, which affects 15 million adults, or almost 7% of the US population. Social anxiety hinders people from living their life. The most common example of social anxiety is when people get excessively anxious before giving a public speech. In surveys, people are more worried about speaking in public than dying! In other words, people at a funeral would rather be inside the casket than in front of it delivering the eulogy.

Thankfully, speaking in public is something that most people are not asked to do very often. You might be asked to give a speech for your best friend’s wedding or you might be told to give a public speech for work. How often does that happen?

Unfortunately, social anxiety encompasses several everyday tasks as well. Working with colleagues, going out for drinks with your friends, asking a stranger for directions, and dating can lead to social anxiety and isolation. In fact, going to the aforementioned wedding would be enough to cause social anxiety, let alone giving the wedding toast.

Imagine how difficult it is for anxiety sufferers to go to a job interview, talk on the phone, or even go shopping.

Specific phobias is another umbrella term, which encompasses all kinds of phobias—irrational fears that can be debilitating. Specific phobias affect a staggering 19 million adults or almost 9% of the US population. 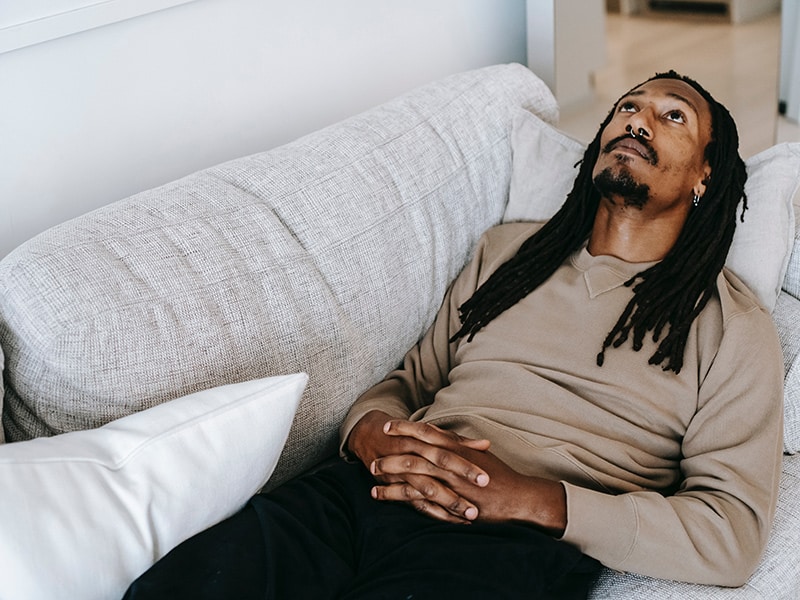 How Does Anxiety Manifest Itself?

When people get anxious, a number of physiological responses may be triggered. First, they may start blushing. Their heart starts beating faster and they could experience sweating, nausea, and dizziness. Their hands might shake and tremble. People with social anxiety will find it hard to speak up, talking with a very soft voice that can barely be heard. Their uptight posture—or, conversely, their curling up into a ball—is representative of their state of mind.

The general sense of stress and discomfort can stop them from speaking. This can easily lead others to misjudge them, thinking them aloof or indifferent. However, anxiety sufferers are neither. They truly suffer and cannot engage in everyday tasks and communal gatherings because of their excessive stress.

There are many potential causes that can lead to anxiety, including environmental, genetic, and brain chemistry factors.

People who have suffered from bullying at school or at their place of work tend to experience anxiety later in life. Similarly, children who have gone through family conflict and have suffered fractured relationships with family members—for example, losing a parent—can suffer from anxiety.

Anxiety can also be a learned behavior: a child who has a parent with anxiety will learn that the ‘normal’ reaction to life is anxiety. This is the social posture they will adopt. It is still unclear how much of this is due to genetics or whether it’s an acquired state that is learned from an anxious parent.

Finally, anxiety also has a component in brain chemistry. Imbalances in brain neurotransmitters, particularly serotonin, have been linked to depression and anxiety.

Similarly, the amygdala may play a part in anxiety. The amygdala is the almond-shaped brain structure that is responsible for fear and fear-linked responses. When the amygdala is hyperactive, the person experiences a constant feeling of threat and fear. People with social anxiety have been shown to have an overactive amygdala. It is yet unclear what causes the over-excitement of the amygdala.

Many anxiety sufferers turn to Selective Serotonin Reuptake Inhibitors (SSRIs). These drugs help the brain balance its levels of serotonin, which is a vital neurotransmitter. Low levels of serotonin have been associated with depression and anxiety.

The problem with SSRIs is that they may have several significant side effects such as diarrhea, constipation, agitation, general discomfort, headaches, and disrupted sleep patterns. Some people also experience sexual dysfunction.

Although SSRIs are not addictive, stopping them suddenly can cause effects similar to withdrawal symptoms. People who want to decrease their SSRIs dosage must do so gradually and with the support of their doctor.

Bearing in mind the minimal side effects of CBD, an increasing number of people are turning to CBD to support their mental health and overall psychological well-being. 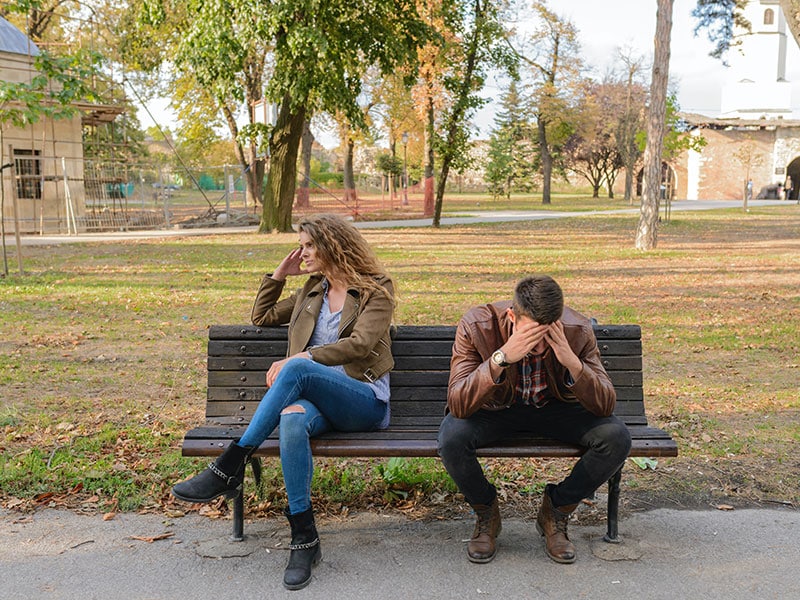 How Can CBD Help with Social Anxiety?

Interestingly, CBD shows a strong affinity with one of the human cannabinoids called 2-AG and appears to act in a similar fashion. Research suggests that, instead of attaching to cannabinoid receptors, CBD nudges the human body to make better use of its endocannabinoids. This gives an indirect helping hand to our own body to be more efficient and more effective.

Cannabinoid receptors are located in the brain as well as throughout the body. Therefore, when CBD tells our human cannabinoids to work better, this gentle nudge also affects the brain. Thus, CBD may help fend off any brain imbalances by improving the way our endocannabinoid system works.

Another way CBD may help with social anxiety is through its interaction with the serotonin receptor 5-HT1A. Research suggests that CBD may bind to that receptor and assist the brain in producing more serotonin.

Research is also showing that CBD holds promise in helping with anxiety disorders. However, several factors still need to be determined. For example, we do not yet know the optimal dosage. A trial showed that 300 mg of CBD “significantly reduced anxiety during the speech”. However, volunteers who took 150 mg, 600 mg, or placebo did not experience the same benefits.

An analysis of different studies around CBD and anxiety concluded that “CBD has a promising role as alternative therapy in the management of anxiety disorders.” However, they, too, added that the dosing remains unclear.

Another clinical trial concluded that CBD reduces anxiety for people with Seasonal Affective Disorder (SAD). Neuroimaging showed how CBD impacted the brain and what brain parts were activated.

Finally, a study on 24 volunteers who had social anxiety showed that “CBD reduced the anxiety induced by simulated public speaking in treatment-naïve social phobia patients.” The subjects were given 600 mg of CBD, which is a particularly large dose. More trials should be done to determine whether lower CBD doses might offer the same benefits. 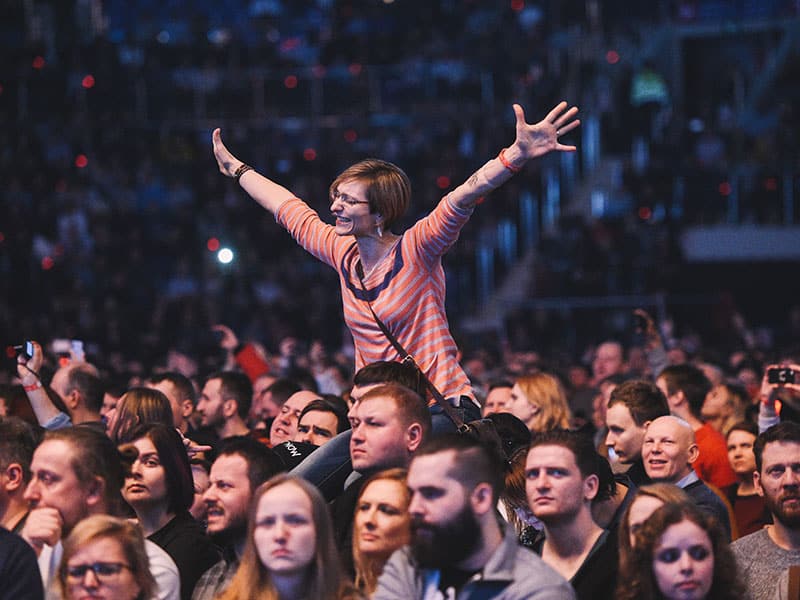 People suffering from occasional social anxiety want to support their confidence and engage with the world. CBD may help them by providing a tool to better manage their stress and support their mental health.

Initial findings are highly promising. However, there are still many uncertain parameters such as the optimal CBD dosage. Additionally, more large-scale studies are required to confirm CBD’s potential, while we also need to determine any contraindications and possible interactions with medications.

Synchronicity Full-Spectrum Hemp Oil tinctures and capsules may help support your feeling of wellbeing. Rich in CBD, our products contain all the beneficial compounds of Hemp. Precious cannabinoids team up with vital flavonoids and terpenes to provide the best that nature has to offer.

Our hard-working tinctures and capsules come in various strengths to give you more options and let you experiment with the optimal dosage for your body and mind. If you dislike the earthy flavor of CBD, our Full-Spectrum Hemp Oil Tinctures come in Peppermint and Berry Lemonade flavors. As for Synchronicity Full-Spectrum Hemp Oil Capsules, they are flavorless and can help you easily incorporate CBD in your daily life no matter how busy your days are.

ContentsWhat Is Anxiety?How Does Anxiety Manifest Itself?What Causes Anxiety?SSRIsHow Can CBD Help with Social Anxiety?CBD for Social Anxiety The amount of time it takes to go through a

ContentsWhat Is Anxiety?How Does Anxiety Manifest Itself?What Causes Anxiety?SSRIsHow Can CBD Help with Social Anxiety?CBD for Social Anxiety Everything You Need to Know About Full-Spectrum Hemp Oil vs.

ContentsWhat Is Anxiety?How Does Anxiety Manifest Itself?What Causes Anxiety?SSRIsHow Can CBD Help with Social Anxiety?CBD for Social Anxiety Some longtime users of Hemp Oil and other CBD products