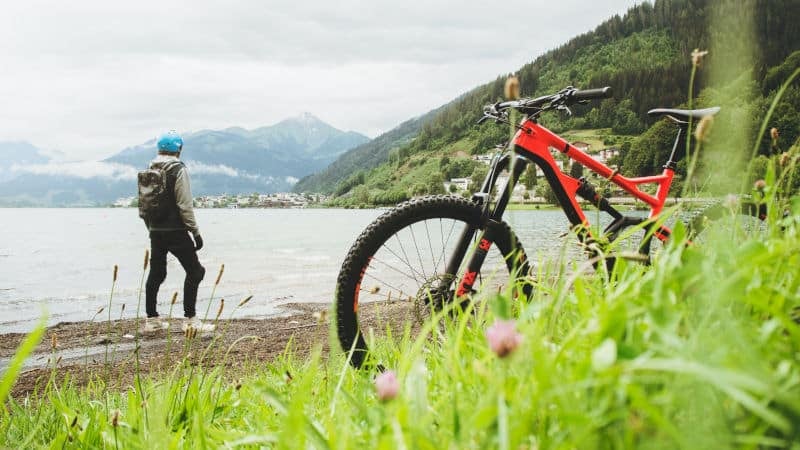 Can Hemp Oil help Lyme disease? Many have asked the question, in light of testimonials touting its efficacy in alleviating symptoms. So, we set out to provide answers and separate fact from fiction. And, we also supported Bay Area Lyme Foundation for those suffering from the disease. Our hope is that, with regular use, those with Lyme disease might experience relief from debilitating symptoms.

At Synchronicity™, our focus extends beyond producing the highest quality Full-Spectrum Hemp Oil tincture and CBD products. We celebrate wellness in its many forms and partner with organizations with similar interests.

With over 400,000 Americans afflicted with Lyme disease each year, this illness remains a serious health issue in the United States. Humans get infected after being bitten by a black-legged tick carrying the Borrelia burgdorferi bacteria (also called spirochetes because of the bacteria’s corkscrew shape and propulsive twisting motion).

Although these bacteria replicate slowly, it’s one of the few able to survive without the trace mineral iron. Instead, it depends upon manganese for survival (which opens the possibility of starving this bacteria by eliminating manganese).

Lyme disease was originally discovered in 1976 in Lyme, Connecticut. However, a group of researchers at Yale University have determined that the Lyme disease bacterium has actually been circulating in forests for over 60,000 years — well before the advent of human civilization.

Incidents of Lyme disease have been found in all 50 states as well as in 65 other countries around the world.

Although few studies have been done about Lyme disease, the results of these studies have been promising. This has prompted calls for further research on the disease. Not only is Lyme disease treatable, especially in its early stages, but it may also be possible to eliminate it in human populations.

However, until a full cure is found, preventive measures can be highly effective in alleviating symptoms. Some of the most common and sensible actions you can take to reduce your own risk of Lyme disease include:

When examining gear, pets, or yourself, take your time and be especially thorough. The black-legged tick is quite tiny (about the size of a sesame seed). It also injects a numbing agent into your flesh when it bites you, so you don’t even feel it!

Spending more time examining your person and gear will pay off in the long run. So, make it a habit to do a thorough search.

Those infected with Lyme disease can go through three stages of the illness. Meanwhile, symptoms can vary between the stages. However, not every patient experiences all three stages.

During the third stage, more attention is paid to alleviating severe symptoms.

About the Bay Area Lyme Foundation

Founded in 2011 and recently spotlighted as one of the most innovative nonprofits in America, the Bay Area Lyme Foundation has a lofty goal — to develop and share a cure for Lyme disease and other tick-related diseases. Lyme disease affects hundreds of thousands of individuals each year, and the foundation wants to help.

The founders are Silicon Valley residents, each of whom was directly impacted by the disease.

Their goal is simple yet powerful — funding new research to develop treatments that alleviate symptoms while seeking a cure. Given sufficient time and funding, this looks to be a realistic goal.

Note, however, that the foundation isn’t an informal program composed of individuals with merely personal interests. Bay Area Lyme Foundation boasts an impressive Scientific Advisory Board (SAB) comprised of ten leaders specializing in fields related to the study and understanding of Lyme disease.

The board is made up of active members focused on enacting positive change. And, thanks to an anonymous donor, all administrative and operational expenses are covered, meaning that 100% of donations go towards research and prevention programs.

So far, over 100 projects from 37 institutions have received funding from Bay Area Lyme Foundation for researching diagnostics, disease ecology, and therapeutics.

The foundation has also developed a helpful website providing a wealth of information and resources related to Lyme disease. It also features information on other tick-borne diseases such as tick paralysis, anaplasmosis, and babesiosis.

As mentioned above, we donated to Bay Area Lyme because we were impressed by the organization’s focus on healing.

The more we learned about Lyme disease and its devastating effects, the more curious we became about how the regular use of our Synchronicity™ Full-Spectrum Hemp Oil products could benefit those suffering from symptoms connected to the disease.

As our regular customers know, we don’t sell cures or false promises. Instead, we promote lifestyles that improve overall wellness.

To this end, and based upon the anecdotal experiences of our clients, we are strong believers in the ability of hemp to amplify, augment, and enhance any treatment plans recommended by your medical team.

We highly encourage complete transparency with your physicians. Tell them which hemp products you want to incorporate into your wellness regime.

As mentioned above, many Lyme disease patients experience one or all three stages of the disease. But, there’s hope. Many of our customers have gained relief from enervating symptoms by using our Hemp Oil products.

Listed below are five symptoms common to Lyme disease patients.

For centuries, arthritis has afflicted millions of humans, particularly as they age. For almost as long, health practitioners have been seeking reliable, natural solutions to bring relief to those suffering from swollen and stiffened joints.

According to a poll conducted by the Arthritis Foundation (as reported by Harvard Health Publishing), 29% of respondents said that they have used hemp products (in the form of tinctures and topicals) to alleviate arthritic symptoms.

The positive effects most commonly mentioned are the potential for better sleep, improved functioning, and decreased mood tension, with a minority achieving noticeable reductions in pain and stiffness.

Beyond this anecdotal poll, there are scientific (double-blind placebo-controlled) studies highlighting the ability of hemp to support physical comfort and wellbeing.

Another important study, The Health Effects of Cannabis and Cannabinoids (available through The National Academies Press), offers “a comprehensive review of scientific evidence related to the health effects and potential therapeutic benefits of cannabis.” The review also presents positive evidence that hemp is effective in alleviating chronic physical discomfort.

In the meantime, consider using quality hemp products, such as those offered by Synchronicity™, to support your healing.

For starters, consider these Synchronicity™ products when attending to arthritic ailments:

Maintaining focus is essential to getting things done. When confusion reigns, it may seem like life is falling apart. However, if you consider confusion merely a state of mind, then the trick is to learn how to maintain focus.

Fortunately, Full-Spectrum Hemp Oil and other quality CBD products have an excellent potential for assisting in this.

A recent article makes an excellent case for the ability of hemp to promote greater mental clarity.

Including Full-Spectrum Hemp Oil products in your daily wellness regimen can provide an extra edge — something we can all use during both hectic and calm periods.

We suggest these Synchronicity™ products to potentially boost your focus and eliminate confusion:

One of the best indications that quality hemp products can reduce fatigue is shown in this article on CBD oils and Chronic Fatigue Syndrome (CFS).

As with most major ailments, serious peer-reviewed studies exploring the relationship between Full-Spectrum Hemp Oil and fatigue are slow in appearing. However, rest assured that such research is being performed with greater intensity and interest each passing year.

There are several reasons why physicians and pharmacists are eager to learn more about quality hemp products for battling fatigue:

Much data has surfaced to warrant the addition of Full-Spectrum Hemp Oil to your health regimen (be sure to consult with your primary care physician) to relieve fatigue and physical discomfort. Our recommended starting list of Synchronicity™ products which can help include:

An article by Harvard Health Publishing celebrating the many beneficial properties of quality hemp products specifically mentions that “CBD may help with both falling asleep and staying asleep.”

For those dealing with chronic pain, insomnia is a common side effect. Getting physical relief can eliminate one of the root causes of insomnia.

Yet another study indicates quality CBD products can affect the body’s natural release of cortisol, effectively acting as a safe, natural sedative. One of the outcomes from this study was the recommendation of higher doses of Full-Spectrum Hemp Oil prior to sleeping, as it seems to interact effectively with cortisol.

You may want to use these Synchronicity™ products to see if they aid in promoting better sleep:

We find that many scientists and doctors often reach a consensus when discussing the healing properties of quality hemp products.

In whatever form physical discomfort may appear, it seems that Full-Spectrum Hemp Oil products can deliver a positive impact without the unpleasantness of severe side effects — all too common with prescription medications.

In fact, we discussed the issue of physical discomfort above in both the “Arthritis” and “Fatigue” sections, since it’s a large factor in each of those disorders.

However, muscle damage and soreness can result from just living an active life. Both are prevalent among high performers who often push their bodies to the limit.

Certainly, no one should be afraid of hard work or vigorous exercise. However, it’s a good idea to treat the body well after a particularly rough day or a rigorous workout.

Here is a good lineup of Full-Spectrum Hemp Oil products that will aid in comforting your sore muscles:

No single product offers the ultimate cure for every discomfort. However, many people find that returning to natural solutions provides effective immune support and heightened states of wellbeing.

These individuals have integrated Full-Spectrum Hemp Oil products into their wellness routines and have realized benefits from cannabinoid compounds interacting with the endocannabinoid system.

We are hopeful that our product donation to Bay Area Lyme delivers positive results and brings relief to recipients suffering from Lyme disease symptoms.

Have you struggled with Lyme disease symptoms but found relief with Synchronicity™ Full-Spectrum Hemp Oil products? If so, we’d love to hear from you, and we also encourage you to contact Bay Area Lyme to share your story. 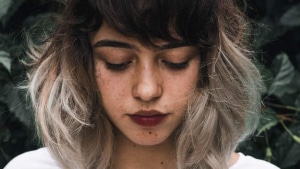 Worried about fine lines and wrinkles? Learn how moisturizing and hydrating skin with sodium hyaluronate can turn back time and help you look your best. 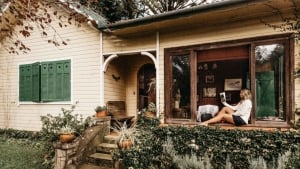 Who was Jack Herer and what did he have to do with hemp’s legalization? Read the fascinating story of the Hemp Emperor and his legacy! 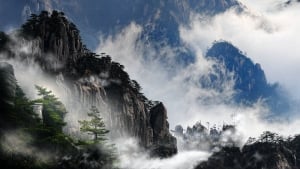 Chinese electrical machinery, computers, medical products, vehicles and fuels – the products and goods that are imported to the United States from China add up