You are here: Home >> News >> What Is Beta-Caryophyllene and How Does It Benefit Me?

What Is Beta-Caryophyllene and How Does It Benefit Me? 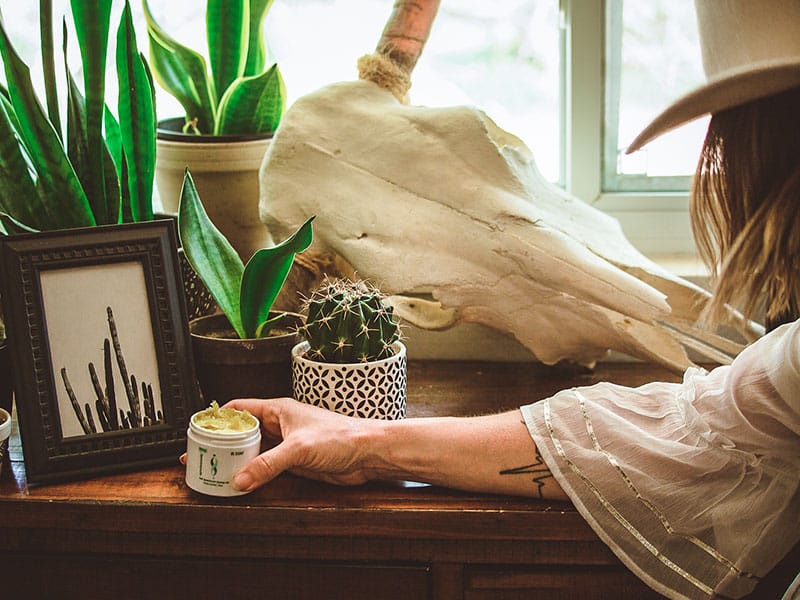 Hemp is brimming with botanical compounds. While CBD is the most famous cannabinoid, Hemp contains hundreds of other compounds such as terpenes, flavonoids, minerals, vitamins, and more.

When beta-caryophyllene is combined with the many cannabinoids and flavonoids of industrial Hemp, it may produce an optimal health result. Full-Spectrum Hemp Oil contains beta-caryophyllene and aims at improving your life and health expectations.

Terpenes are essential oils found in plants. They give plants, flowers, and trees their characteristic aromas and scents. Even with your eyes closed, you can guess which fruit you have in front of you just by smelling it.

For instance, we know how lemons smell because we can identify their citrusy aroma. Lemons, oranges, limes, and grapefruit share limonene—a terpene that gives them their common scent.

Terpenes were developed over thousands of years to protect plants from predators and help them spread their seeds.

Some terpenes developed to deter predators such as birds. Other terpenes grew to attract pollinators such as bees, which would then help the plants propagate. Terpenes also protect plants from diseases and help them fight off fungi and bacteria.

Terpenes have been categorized according to their smell. There are sweet, bitter, spicy, and sour smells. 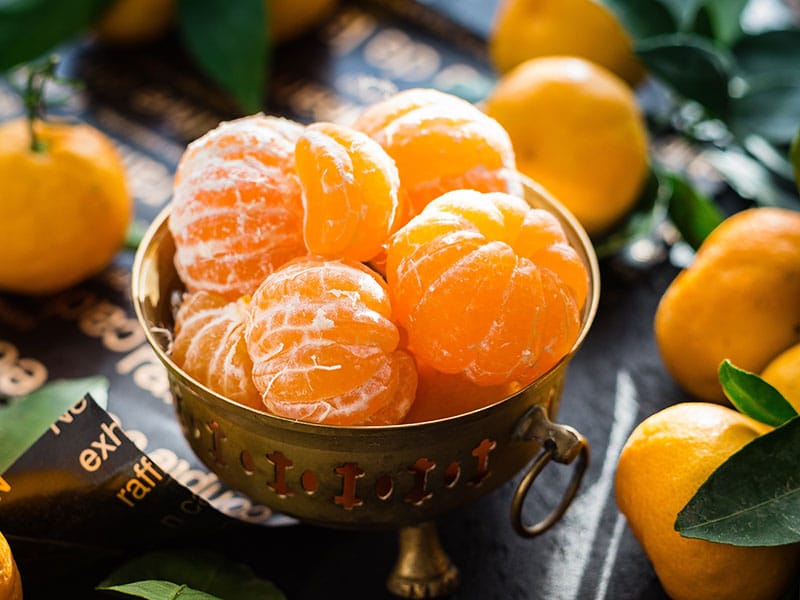 All terpenes, like humulene, limonene, myrcene, or linalool have their own potentially beneficial properties. These are usually anti-inflammatory, antimicrobial, antibacterial, and antifungal, although some terpenes seem to have an antidepressant effect as well.

Beta-caryophyllene has an extra benefit: it interacts with the human endocannabinoid system, therefore acting as a cannabinoid.

The endocannabinoid system (ECS) is the system tasked with keeping the body in balance. It affects our mood, appetite, metabolism, motor perception, temperature perception, memory, and reproduction, among others. It works with two endocannabinoids—cannabinoids produced by the body—which alert the body when something is out of sync.

CBD is a phytocannabinoid—cannabinoid produced by Hemp—that interacts with our ECS and may help it work better and more efficiently. 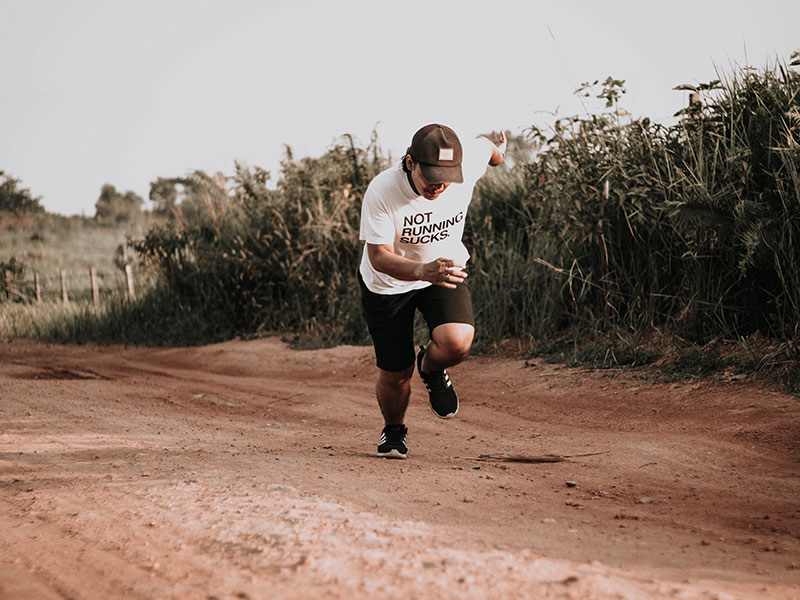 How Can Beta-Caryophyllene Benefit Me?

Studies and research are evaluating the health potential of beta-caryophyllene.

Beta-Caryophyllene as an Anti-Inflammatory

Research suggests that beta-caryophyllene may possess significant anti-inflammatory properties. As this 2020 study mentions, “a growing number of studies has described multiple protective effects of BCP in several metabolic and neural disorders. Notably, these disorders are mostly characterized by chronic inflammation.”

Beta-Caryophyllene appears to inhibit cytokines—the chemicals that create inflammation in the body. Inflammation is a natural and helpful body reaction to an intruder. When a bacteria or virus enters our body, our body reacts by creating inflammation around it, thus preventing it from spreading further.

However, sometimes our cytokines create inflammation without any reason. This is a leading cause contributing to several auto-immune diseases such as arthritis or Crohn’s disease. In these cases, there is no intruder but our body produces inflammation, which in turn causes pain and discomfort.

Beta-Caryophyllene as an Antibacterial

Beta-caryophyllene also appears to have antibacterial, antiviral, and antimicrobial properties, as an extensive study of natural essential oils found out.

There is still a lot we do not know regarding neurodegenerative diseases such as Alzheimer’s or Parkinson’s disease.

Researchers are trying to understand how the brain degenerates and loses its flexibility and neural communication. Some preliminary studies suggest that beta-caryophyllene displays significant neuroprotective and anti-inflammatory properties in an animal model.

Do All CBD Products Contain Beta-Caryophyllene?

While beta-caryophyllene is present in Hemp, not all CBD products contain this helpful terpene.

However, CBD isolate products do not contain any beta-caryophyllene. CBD isolate only contains CBD, without all the other beneficial compounds. 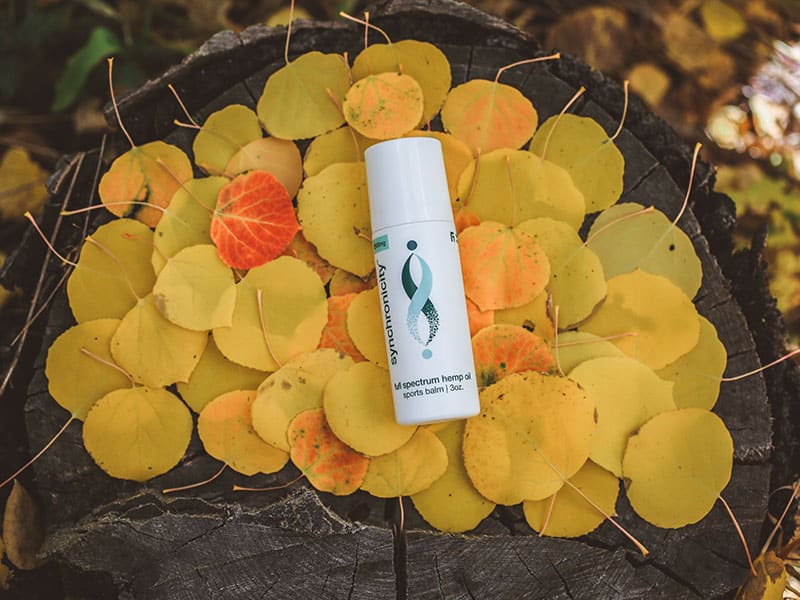 All our product selection is made from Full-Spectrum Hemp Oil, which is brimming with the wellness of cannabinoids, terpenes, and flavonoids. Research suggests that Hemp compounds produce an overall effect that is higher than the sum of all the parts when consumed together. This has been called the entourage effect. Each compound enhances the others, thus making the end product work better and more efficiently.

Synchronicity Full-Spectrum Hemp Oil contains all the cannabinoids, terpenes, and flavonoids found in Hemp to bring you the True Entourage Effect™. Our products are made from CBDRx18, our proprietary Hemp plant grown sustainably in Colorado. CBDRx18 consistently produces 400% more cannabinoids and 500% more terpenes than any other Hemp Oil company’s plants.

We process it using our patented LipidTrans™ infusion method that avoids solvents and harsh chemicals. Instead, we double-infuse our Hemp in coconut oil or MCT and let the carrier oil absorb all of Hemp’s beneficial phytonutrients. LipidTrans™ is a gentle infusion process that ensures our Full-Spectrum Hemp Oil products contain all the benefits of Hemp to improve your quality of life. Our primary concern is to let the full integrity of Hemp seep into our Full-Spectrum Hemp Oil—what we call Wellness Through Oneness™.

When buying your CBD product, make sure you are benefiting from the full potential of Hemp, from terpenes and flavonoids to cannabinoids like THCV, CBN, CBG, CBDA, Delta-8, Delta-10, and hundreds more.

To experience the full benefits of Hemp in its purest form, see our Full-Spectrum Hemp Oil products online.

Help your body make the most out of nature’s gifts and Feel the Full Effect™ with Synchronicity Full-Spectrum Hemp Oil products!